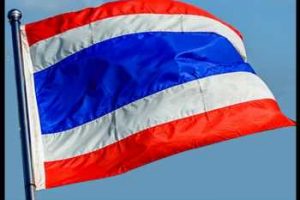 Thailand’s economy expanded at the fastest pace in more than a year in the third quarter on the back of strong private consumption and investment, official data revealed on Monday.

This was the fastest growth since the second quarter of 2021 and also matched economists’ expectations.

The expenditure-side breakdown showed that private consumption surged 9.0 percent annually after the 7.1 percent increase in the second quarter. This was the highest growth in 39 quarters following the expansion in all categories.

On the other hand, government spending dropped 0.6 percent, reversing the 2.8 percent increase a quarter ago. Spending posted its first negative change in ten quarters due to a decrease in purchases of goods and services, specifically in COVID-19 healthcare expenditure.

At the same time, total investment increased 5.2 percent, compared with a 1.0 percent decrease in the previous quarter.

The production-side showed that farm output declined 2.3 percent after rising 4.4 percent in the second quarter. Meanwhile, the non-agriculture sector growth advanced to 5.0 percent from 2.3 percent, driven by manufacturing and services.

The government forecast economic growth to accelerate to 3.2 percent this year from 1.5 percent in 2021. Headline inflation is seen at 6.3 percent.

In 2023, growth is projected in the range of 3.0 percent to 4.0 percent underpinned by the recovery in tourism and strong investment.

Although the global downturn and higher interest rates will weigh on prospects, growth is set to hold up relatively well over the coming months as inflation drops back and the tourism sector continues to recover from the pandemic, Gareth Leather, Capital Economics economist said.

The economist expects GDP to grow 3.5 percent this year and 4.0 percent next year. This will make it one of the few economies where growth accelerates in 2023, Leather noted.