Home » Economy » This Is The State With The Least Student Debt

This Is The State With The Least Student Debt 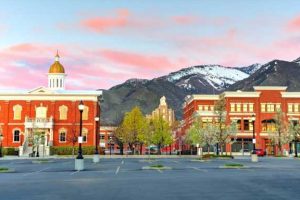 Much of the money loaned to students will never be repaid. According to EducationData.org, 7.8% of student loans are in default. Over a million student loans go into default every year. The financial challenge to the federal government is that, while much of the student debt is held by banks and other financial institutions, almost all of it is guaranteed by the government.

The Biden administration has just canceled $5.8 billion in student loan debt. However, it only covers 323,000 borrowers who have what is categorized as a total and permanent disability. The decision makes only a small dent in overall student debt. The Federal Reserve lists total student loan debt in America at over $1.7 trillion.

WalletHub has just published its “2021’s States With the Most and Least Student Debt.” It looked at 11 measures to create a 100-point scale. The state with the most student debt received that score closest to 100.

There is not much of a pattern among the states with the least student debt, particularly geographically. Some are states with high median incomes, like Washington. However, others, like Wyoming, are at the other end of the scale.

The state with the lowest score (least student debt) is Utah (16.10), substantially below the second lowest, which is California (29.50). Although WalletHub did not draw a line between income and student debt rating, Utah has among the highest median household incomes at $71,414.

Click here to read States With The Most Student Debt