Home » Economy » This Is the Worst State for Retirees

This Is the Worst State for Retirees 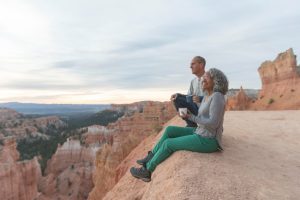 According to a new Pew Research study, in the third quarter of 2021, 50.3% of Americans over 55 said they were retired. That is an increase from the same periods in 2019 and 2020. Pew’s thesis is that the COVID-19 pandemic is the reason for the uptick. The authors of the research also said there is no telling whether some of these people will rejoin the workforce.

On the other hand, some older Americans say they will never retire. A study from the Natixis Global Retirement Index shows that 36% of people in the United States will not have enough money to retire. Social Security is not enough for many of these people to live on, and their retirement savings are not adequate either. This problem is exacerbated by the fact that increasingly people are living longer, often into their 80s.

For people who can retire, some places in America are better to live in than others are. This means some portion of retirees will sell their homes and move.

To pick the worst state for people who want to stay active, both physically and socially, in retirement, 24/7 Tempo used data from the U.S. Census Bureau and the Centers for Disease Control and Prevention (CDC). We created an index of more than 20 measures of retirement-friendliness, representing four categories: environment, health-related factors, social support and demographics. These categories aimed to capture the essential elements of quality of life for retired adults.

One of the advantages of retirement is that retirees are not limited to living in their current state. Many relocate to experience a different way of life in a new environment. It is hard to look past sunshine, nice weather year-round, as well as a large number of retirement communities and social events.

The worst state for retirees is Utah. Here are the details:

To determine the worst state, 24/7 Tempo created an index for each of the four categories to rank each state by these criteria as well as an overall index. Each category was given equal weight in the index.

Population estimates, including the share of the population 65 years old and over, as well as the average retirement income and the percentage of adults 65+ living under the poverty line, were obtained from the U.S. Census Bureau’s American Community Survey and are for 2019.

National parks and site data for each state was obtained from the National Park Service and included sites that are either affiliated or managed by the NPS. The average hours of full sunlight per day was calculated from data provided by the CDC’s North America Land Data Assimilation System and was based on the aggregate average kilojoules of sunshine per square meter for the years 1979 to 2011 and was converted to kilowatt-hours per square meter. A peak sun-hour is a period during which the intensity of sunlight exceeds 1,000 watts per square meter.

The percentage of adults 65 and older who reported volunteering the past 12 months was obtained from America’s Health Rankings analysis of Corporation for National & Community Service (Americorps) data from 2017. The share of adults 65+ who met CDC exercise guidelines in 2017 and the share of adults 65+ who reported good or excellent health in 2018 were also obtained from America’s Health Rankings in its analysis of CDC data. Data on membership associations per 10,000 state residents was obtained from 2018 state-level data provided by the 2021 County Health Rankings & Roadmaps, a Robert Wood Johnson Foundation and University of Wisconsin Population Health Institute joint program.

Click here to see all the best and worst states for retirees.