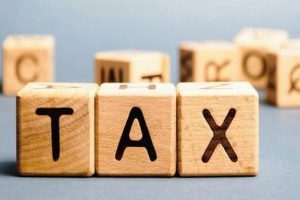 Centre notifies new rules on process to be followed by affected taxpayers.

Firms such as Cairn and Vodafone disputing retrospective tax demands in India will not only have to withdraw all legal proceedings and waive all rights to claim costs or attach Indian assets but also indemnify the government on costs and liabilities from any action pursued by other interested parties in future.

Setting the stage for a closure of the retrospective tax disputes over indirect transfer of assets situated in India, the government late on October 1 notified new rules under the Income Tax Act for specifying the process to be followed by affected taxpayers to settle these long-brewing disputes.

The Income-Tax (31st Amendment) Rules, 2021, introduce a new portion pertaining to ‘indirect transfer prior to 28th May, 2012 of assets situated in India’, and lay out the conditions and formats for undertakings to be submitted by all ‘interested parties’ to the tax department in order to settle their tax disputes.

The affected taxpayers, along with all the interested parties (such as their shareholders, for instance), will have to give up all claims in any ongoing legal proceedings, including arbitration, mediation efforts and attachment proceedings, with an explicit undertaking that such initiatives will not be reopened under any circumstances.

In order to pre-empt the possibility of an unknown interested party invoking fresh claims against the government in the future, the rules stipulate that the ‘declarant and all the interested parties shall indemnify, defend and hold harmless the Republic of India and Indian affiliates from and against any and all costs, expenses, interest, damages, and liabilities of any nature arising out of or in any way relating to the assertion or, bringing, filing or maintaining of any claim, at any time after the date of furnishing the undertaking.’

In early September, after draft rules were issued to resolve these tax disputes, the worst-affected player, U.K.-based Cairn Energy said it was working with the Indian government to expedite ‘documentation and payment of refund’ of $1.06 billion of retrospective taxes at the centre of its high-stake dispute with India. The firm is yet to react to the final formulation of the rules.

After years of dithering, the government amended the Income Tax laws earlier this year to scrap the retrospective tax provisions introduced in 2012-13, under which Cairn was taxed in 2014 for a corporate restructuring undertaken in 2006-07. The tax department had subsequently frozen the firm’s shares as part of the proceedings and sold them off to recover the claimed tax dues.

An international arbitration tribunal scrutinising the tax dispute had ruled in Cairn’s favour last December and awarded it $1.2 billion in damages. While the government has filed an appeal against the arbitration verdict, Cairn has filed lawsuits in several overseas jurisdictions to enforce the tribunal’s award.

In France, the company has secured a court’s permission to freeze at least 20 Indian properties in Paris. In the U.S., it is pressing for securing Air India’s assets by arguing that the national carrier is the ‘alter ego’ of the government in an ongoing legal process.

All such proceedings will have to be dropped and an undertaking be given to that effect as per the I-T Rules for burying these tax disputes, that former Finance Minister, the late Arun Jaitley, had referred to as ‘tax terrorism’.

Apart from dropping cases and signing indemnity bonds to protect the government from any future claims of costs and damages due to these tax demands, the I-T Rules also require the taxpayer and all the interested parties to issue a public notice or press release explicitly stating that ongoing claims against these tax demands ‘no longer subsist’ and they have signed an indemnity undertaking.

“The declarant and all the interested parties shall furnish a copy of such public notice to the Republic of India,” the rules state. The affected taxpayers will have to furnish these undertakings within 45 days, following which the Income Tax Department is expected to process the dispute settlement in another 60 days and initiate tax refunds where necessary.