Home » Economy » When house prices soar, everyone forgets who suffers most

When house prices soar, everyone forgets who suffers most 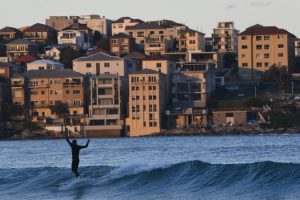 One of the darker arts of politics involves manoeuvring to ensure that election campaigns focus on issues that favour my side over yours, regardless of whether these are the issues most likely to be pertinent to the nation’s needs over the next three years.

Because the pollies believe us all to be self-centred, they never try to appeal to the greater good. If the world worked the way it should, you’d expect housing affordability – and what each side was promising to do about it – to be a big issue in the coming campaign, but I doubt it will be. 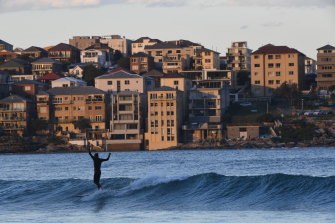 Housing affordability is unlikely to be a big election issue.Credit:Peter Braig

The Libs won’t want to draw attention to it, and though Labor will make noises about how terrible it is for young people, it’s unlikely to have any serious proposal to take the heat out of house prices. It did take a plan to discourage negatively geared property investment to the last election, but now believes this contributed to its defeat, so has dropped it.

But if you think that’s all there is to the issue of housing affordability, it just shows how narrowly the politicians – and the media – have shaped our perception of the issue. In all the agonising over house prices and home ownership – which has gone on for as long as I’ve been a journalist – we always forget the renters.

If you define housing as having a place to live rather than to own, renters also suffer when house prices soar. The relationship between house prices and rents is far from one-to-one but, even so, rising house prices usually mean rising rents. 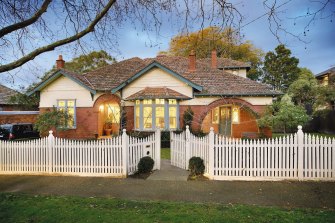 Our thinking is still heavily influenced by the Great Australian Dream.Credit:Danny Smith

The more the number of people moving from renting to owning is restricted by high house prices, the more the growing number of renters puts upward pressure on rents. Rents are rising much faster than prices in general, or than wages.

Our thinking is still heavily influenced by the Great Australian Dream, which sees renting as a temporary state while young couples save the deposit for a home. In truth, many of the roughly one-third of households living in rented accommodation have never had high enough incomes to afford a home of their own.

So, many people will live all their lives in rented accommodation and their proportion is growing as many middle-income couples who, in former times, would have moved on to home ownership, now do so at a much later age – or go into retirement as renters. 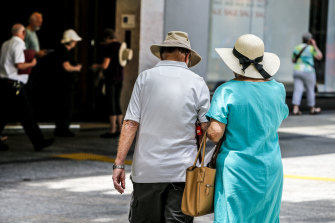 The age pension is based on the premise that retirees own their own homes.Credit:Glenn Hunt

For many years, the federal government dealt with the problem of people on very low incomes by funding the states to provide a lot of what used to be called “housing commission” accommodation, now called public housing.

Trouble is, the rise of neo-liberalism has made government ownership of housing deeply unfashionable. As the Grattan Institute’s Brendan Coates reminds us in a paper issued this week, the national stock of about 430,000 public housing dwellings has barely grown in 20 years, while the population has increased by 33 per cent.

Whereas in 1991 public housing accounted for about 6 per cent of all housing, it’s now less than 4 per cent. Some of this is made up by government-subsidised “community housing”, but not much.

In public housing, rents are capped at 25 per cent of tenants’ incomes. By contrast, Coates says, the typical low-income private renter pays 37 per cent of their income. 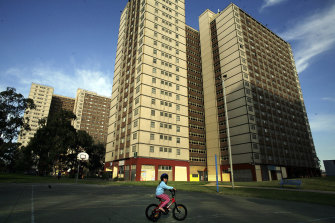 When the Hawke-Keating government turned away from public housing, it shifted to paying rent assistance to people on social welfare. But these payments have failed to keep up with private rents.

The Morrison government says spending on social housing is up to the states. But compared to the feds, the states have a lot less money to spare. Anthony Albanese’s Labor has proposed setting up a $10 billion “housing Australia future fund”, the earnings from which would be used to finance the building of additional public housing.

Coates proposes a fund twice that size, which he calculates would provide 3000 extra housing units a year, in perpetuity. Which, he says, would cost the taxpayer very little. He also wants the feds’ rent assistance to be indexed to the cost of renting.

The point is that when people on low incomes become unable to afford private rents, the next step is homelessness.

If, under pressure from all us affluent home owners, neither side of politics is willing to make home ownership more affordable by removing the many tax breaks that make it so attractive as a form of investment, then the least they – and we – can do is reduce the housing pain of those who really struggle to rent a place.