Home » Economy » Yes, minimum wage rises can hurt jobs, but not this one

Yes, minimum wage rises can hurt jobs, but not this one 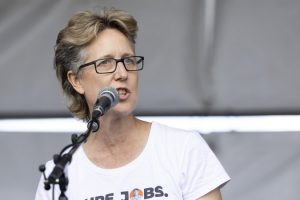 Truth is often a major casualty in the never-ending battle between unions and employers to set wages.

From the business side, come cries big pay rises can only ever come at the expense of fewer jobs and higher inflation. 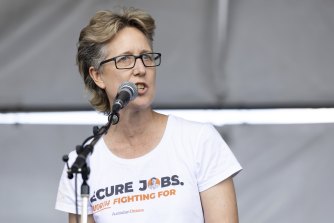 Unions counter with a similarly implausible claim that higher wages can only ever boost demand in the economy with no impact on jobs or prices.

Lying bloodied and bruised in the middle of the battlefield lies the truth; that yes, there is a trade-off between jobs and wages, but context is always key.

Try this thought experiment: If the minimum wage was increased to $100 an hour, what would happen? Clearly many businesses would struggle to cover the cost and would be variously forced to lay off staff, cut back hours or not employ new staff.

Likely, they would also seek to increase their product prices, where possible, contributing to higher inflation and nibbling away at the real purchasing power of the pay rise just granted.

It simply doesn’t make sense to deny this theoretical trade-off between wages and jobs exists. But context is key.

In its decision to grant an inflation-busting 5.2 per cent rise to the quarter of a million workers on the minimum wage, the Fair Work Commission said: “Moderate and regular increases in minimum wages do not result in significant disemployment effects.”

Note the commission did not say there would be no disemployment effects – just no significant effect.

Why? Because our labour market is as tight as a drum, with the national unemployment rate at just 3.9 per cent.

You only need talk to your local café or other small business owner to know that labour is hard to come by. According to the commission, job ads have been strongest recently for low-skill workers.

All things considered, then, the commission determined that a 5.2 per cent increase in the minimum wage bill could indeed be shouldered by businesses, and that seems about right.

Over the past two decades, the minimum wage has, on average, risen faster than inflation.

That’s because, over the long term, wages can be expected to rise in line with both inflation and increases in worker productivity (or output per hour worked).

Longer-term, the only path to sustainable real wages growth (higher-than-inflation wages growth) is a sustained improvement in the productivity of our workforce.

To get there, we need employers to keep investing in new equipment, governments to invest in new-skills creation, and general economy-wide reforms, such as tax reform, to improve the relative returns from working and business investment.

Penning submissions to an independent umpire on wages is simply no substitute for a bigger productivity-boosting agenda.