Home » Ethereum » $ETH: Binance CEO on the Problems With Ethereum That the Merge Does Not Fix

$ETH: Binance CEO on the Problems With Ethereum That the Merge Does Not Fix 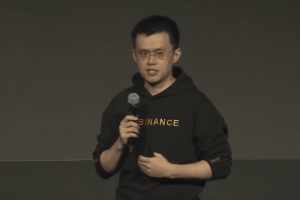 In a recent interview, Changpeng Zhao (“CZ”), the Co-Founder and CEO of Binance, said that users of the Ethereum network should not have unrealistic expectations regarding the benefits of the Merge upgrade, which was completed on September 15.

In an interview with CNBC just before the Merge, which marked the Ethereum network’s move from proof-of-work (PoW) to proof-of-stake (PoS) consensus, CZ said:

“Many people have very high short-term expectations for the merge, they think Ethereum gas fees will drop from $10 per transaction to $0.02 overnight. That’s most likely not going to happen. It’s a long process.“

However, CZ said that Ethereum was generating “progress in the right direction” in addition to “strong innovation.” He was overall positive on the impact of the upgrade in the long term.

Around 7:00 a.m. UTC on September 15, Ethereum’s Merge upgrade was completed:

In a blog post published on Merge Day, Ali Yaha, a General Partner at Silicon Valley based venture capital firm Andreessen Horowitz (“a16z”), called the Merge “an insane feat” since this upgrade “involved hot-swapping the most important component of Ethereum’s architecture – its consensus mechanism – *while it was running*.” Yaha noted that “all this occurred while maintaining perfect uptime for millions of users, thousands of decentralized applications (dapps), and hundreds of billions of dollars secured.”

Yaha then said that were some of the main advantges of Ethereum’s move to PoS consensus: