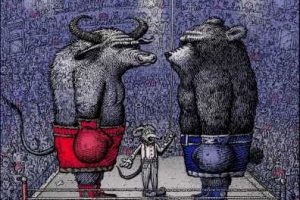 Gold is somewhat stagnant instead after falling from above $1,900 to a stuck $1,780 where it has stayed for the past three days.

Interestingly the dollar strength index (DXY) is a bit up for the day as well to nearing 92, up from an 89 at the end of May.

The dollar has slightly given ground to CNY however from 6.49 to now one dollar buying 6.47 Chinese yuan.

The rise of eth therefore may be part of a general market movement for the day as the economy starts recovering and opening up.

Yet there are also eth specific factors, including the fact a fundamental change in eth’s supply and demand economics is now in its final stages of going live after the eip1559 testnet launched successfully.

Specification for The Merger is also completed on the eth2 side, showing devs are starting to ship code after years of work.

The China FUD is also kind of over as miners airlift asics to freedom, with little left now for China to ban or bully, so the worst may well be behind.

There’s also more general movements like cryptos becoming too complex and mature for Austrian or Chicago economics, so paving the way for crypto economics with ethereum’s cofounder Vitalik Buterin stating:

“Earlier on definitely [was following] some combination of Austrian and Chicago, but more Chicago. At this point I would say I’m not really following along any pre-existing school of thought and more charting my own course.

I have recently been focusing a lot on public goods and decentralized governance, and traditional economics doesn’t have especially good tools for that.

It has mathematical models, and things like quadratic funding follow cleanly from those models, but even that doesn’t deal with issues like people having very low incentives under low stakes, differences between different people’s levels of understanding of particular problems, and especially the problem of collusion.”

Reddit is now doing NFTs, while the deposit contract has reached 5% of the total supply with 5,881,794 eth staked, worth close to $12 billion.

That’s a pretty significant sum locked up for quite some time while on the buy side we have Andreessen Horowitz launching a $2.2 billion crypto fund.

This guy has invested in a huge amount of crypto startups and is doubling down with more investments.

“The size of this fund speaks to the size of the opportunity before us: crypto is not only the future of finance but, as with the internet in the early days, is poised to transform all aspects of our lives,” Katie Haun and Chris Dixon, partners who run Andreessen’s cryptocurrency group, said in a blog post.

The sentiment might be beginning to slightly change therefore, but bitcoin is leading for now and no one has a clue what this raging bull will do.