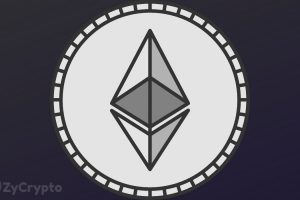 The Ethereum network recorded a spike in active addresses early in the week. The surge has baffled on-chain analysts, with opinions being split on whether it is a positive or a negative sign.

The day that broke the charts

On Tuesday, Ethereum shattered previous records in its address activity as 1.06 million addresses completed transactions on the network. The previous figure stood at a mere 718,000 active addresses on January 16, 2018.

Santiment, a leading blockchain analytics firm, is investigating “the cause of the +48% increase over the previous record.” Pending the results of Santiment’s investigation, several experts in the space have tried to rationalise the beehive of activity.

Conor Grogan, Coinbase’s head of strategy, debunked claims that the spike had anything to do with increased adoption levels; rather, he opined that “send and receive addresses per unit of gas was at highs.”

“The reason why you see record active addresses is because the market weighed mundane things to do (send/receive, like with Binance doing a maintenance sweep) at highs versus what most of us would classify as “productive” activity like DeFi/NFTs ( which are more gas intensive),” he wrote on Twitter.

Others theorised that the spike in address activity stemmed from either the panic or excitement from the Federal Open Market Committee (FOMC) by the Federal Reserve. Another cross-section of respondents theorised that the increase in active addresses came from the individuals creating new wallets to participate in “3 free mints per wallet”. However, others described their claims as being outlandish.

The frenetic activity resulted in ETH’s price spiking by over 15% in under 24 hours as it reached a 7-day high of $1,745. Transaction volumes were not left behind as they also went on a 26% increase.

Ethereum is buzzing with boisterous activity

Regardless of the view, enthusiasts and critics can reach a common ground: Ethereum’s ecosystem is rippling with a ton of activity. Ahead of the widely anticipated Merge, Tim Beiko, Ethereum lead developer, announced that the Goerli and Prater testnets will merge between August 6th and August 12th.

According to data from Staking Rewards, ETH is the most staked crypto asset in the world, with over $22.64 billion worth of ETH being staked. SOL and AVAX come in second and third place, respectively, with staked values of $16.52 billion and $5.76 billion.