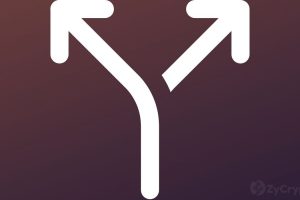 Barely a month after Ethereum’s community celebrated the London Hard Fork, the network has run into technical issues leading to chain splits. According to information trickling in, the chain splits can be traced to a bug in an older version of the Geth software. The Ethereum network is no stranger to chain splits with the last one happening in November in circumstances that could be traced to the urgency of the upgrade.

On August 18th, Go Ethereum announced it was planning a hotfix to a “high severity security issue”, urging operators to make preparations for the upcoming upgrade. After the software update, only 30% of users made the necessary upgrades despite the calls made by Go Ethereum.

The bug was soon discovered by users who began exploiting it on the old versions of the Geth software, leading to a chain split. Several pools have allegedly been mining on the older versions of the software including Flexpool and BTC.com. Polygon and Binance Smart Chain could potentially be affected by the bug however, the Polygon Network disclosed that a significant number of validators have been upgraded to the latest version of the software.

The community can heave a sigh of relief that the splits will not lead to a hard fork because mining nodes are not affected by the exploitation.

Look Before You Leap

Ethereum users have been advised to laze low till the situation has been resolved as it could cause unforeseen losses. Major transactions should be avoided unless there is a positive confirmation that the interaction is with a party running the latest version of Geth.

In November, Ethereum experienced chain splits through the use of updated software. Then, Geth’s dev team had to shoulder the blame because the upgrade was not properly publicized and decided to flip the script by clearly spelling out the dangers of using an old version of the software.

An official of Go Ethereum noted that after the disclosure, it was going to be a race against the clock before people found and exploited the bug.

Ethereum is the second-largest cryptocurrency with a market capitalization of $379 billion and is home to over 3,000 decentralized applications. Ethereum plays an integral role in the cryptocurrency ecosystem as it leads the charge for DeFi and a security breach could have adverse effects on a large portion of the community.