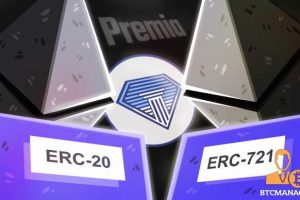 Unless you have been living under a rock, you will have heard about Ethereum. It is a blockchain that has given Bitcoin a run for its money over the years. A decentralized protocol, meaning no interference from Governments, intermediaries or even the tax man, it allows developers to build their own open-source decentralized apps, with smart contract functionality.

According to DeFiPrime, the leading stats aggregator site for this industry, there are currently 215 decentralized finance projects that use Ethereum, while only 26 use the Bitcoin blockchain, making Ethereum the most widely used blockchain. These projects include wallets, exchanges, prediction markets platforms, mortgage and loan companies and more.

Ether, the native cryptocurrency of Ethereum, is currently the second-largest crypto in terms of market cap, after Bitfoin. by market capitalization, after Bitcoin. Ethereum is the most actively used blockchain.

OK, so you understand about Ether, but you will perhaps have heard mention of other groups of tokens including ERC-20 and ERC-721. These are not single coins or tokens, but rather interfaces for groups or contracts which all correlate and respond to the same set of commands. An ERC-20 token does not necessarily have any value of utility as it really is just a piece of code. These tokens derive value based on the project or utility behind them and whether there are users speculating on their price.

Many well-known tokens like Tether and Chainlink are in fact ERC-20 tokens. Although anyone can create these tokens for any purpose, they are most commonly used by tech-centric companies. The tokens tend to have functions, such as bestowing governance on their holders eg, voting rights. ERC-20 tokens are often sold in initial offerings, to raise money for the projects behind them.

This is more advanced than the ERC-20 token type and it is nonfungible, meaning it cannot be transferred or swapped for any other token in its class, as each is unique. Think NFTs, individual pieces of artwork that cannot be replaced by one another.

ERC-20 and ERC-721 have opened up so many doors for humanity and to the future of the way we engage with the blockchain and with finance generally. Both of these token classes can be traded, bought or sold (where they have value). One project Premia Finance,  which is a DeFi platform that functions as a marketplace for options trading, offers ERC-20 and ERC-721 tokens as tradable assets in a way to manage a trader’s risk. This is a one-of-a-kind platform that offers minting, staking and more of these token types among others.

A group of eight very smart people, who got together (in Switzerland) to agree on the future of what is now known as Ethereum. Ethereum might have some problems, such as it’s high gas fees, but there is no doubt of the genius behind it and the way it has opened up the doors to the entire DeFi world, effectively changing the future of technology and the blockchain. So where are the founders now?

Of the eight founders, only one still works at Ethereum blockchain, Vitalik Buterin. Two others from the group (Charles Hoskinson and Gavin Wood) started up their own rival blockchains, two more (Mihai Alisie and Joseph Lubin) have gone to start up their own companies which effectively help grow Etherum’s application and the final two (Amir Chetrit and Jeffrey Wilcke) have gone to work in other industries entirely.