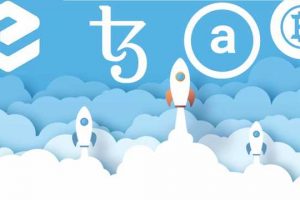 During the last week, a large quantity of popular crypto assets have consolidated and have even seen some slight losses during the last seven days. However, there’s a slew of crypto coins that have seen significant double-digit gains during the last 24 hours.

The lion’s share of crypto coins in the crypto economy have seen double-digit gains during the last month but over the last week, there’s been some consolidation for a great number of the usual market leaders.

For instance, over the last day, both bitcoin (BTC) and ethereum (ETH) have slid in value slightly and have been very consolidated during the last week. But there’s been a variety of other crypto assets that have made massive moves during the last day to end the weekend.

The biggest gainer on Sunday is a coin called ecash (formally BCHA or Bitcoin ABC) which has jumped 42.4% during the last day. Seven-day statistics show ecash has spiked 98.4% this week. At the time of writing, the ecash (XEC) token is exchanging hands for $168 per coin and has an overall market cap of around $3.1 billion. Behind ecash is tezos (XTZ), which has gained over 16% over the last day and XTZ is up 62.4% for the week. A single XTZ is swapping for $5.99 per coin and it has a market valuation of about $5 billion. The token called near (NEAR) is up 9% today as there are only four coins that have seen double-digit gains over the last day. Near is swapping for $5.83 per coin and has an overall market valuation of around $2.6 billion on Sunday morning (ET).

Other notable gainers on Sunday include cosmos (ATOM), bitcoinsv (BSV), and enjin coin (ENJ). Coins like flow, kusama, decentraland, and bitcoin cash (BCH) have been moving up the ladder as well in terms of 24-hour gains.

Unfortunately for Safemoon fans, the safemoon (SAFEMOON) token is down 26% on Sunday as controversy surrounds the network. Safemoon is the only double-digit loser on Sunday and below SAFEMOON is axie infinity (AXS) which dropped over 6% during the last 24 hours.