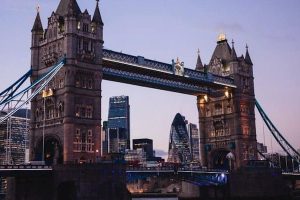 A plan for concluding the distribution of the assets of failed broker SVS Securities, which was dissolved in August 2019, was submitted to win court approval.

An update published by administrators Leonard Curtis confirmed the final terms of for setting the so called ‘Longstop Date’ and ‘Hard Bar’. The hearing to approve these milestones were scheduled for April 29.

If approved, SVS liquidators expect to set the Longstop Date, following which they are released from obligations to return client assets remaining with SVS, on April 31.

The purpose of the longstop dates is to allow the special administration to conclude the process of client money distribution at a certain point, rather than incurring additional costs in continuing to hold a few remaining non-returnable assets for a prolonged period.

The legal notice also expects to set the deadline, aka Hard Bar Date, on July 29. After that date, SVS clients will not be able to file claims against the failed stockbroker for their money and assets held by company at the time of its collapse.

Administrators will be also able to sell unclaimed client assets from that final date and transfer the proceeds to SVS’ bank accounts for the benefit of its creditors. As such, those who have not sought compensation will instead be treated as unsecured creditors against SVS, though it is not guaranteed that late filings will be taken into account.

Although a deadline for clients to submit their claims expired many times, the liquidators encouraged those who have not already filed claims to do so “as soon as possible.”

Once all clients’ late claims have been verified and adjudicated, cash distributions will be made to clients on a pro-rata basis, meaning proportionately in terms of what is owed.

SVS Securities was put into special administration back in August 2018 after the FCA said it promoted high-risk bonds to retail investors and could not explain how it valued illiquid assets.

The regulator also said SVS had questionable commission arrangements ‘without apparent regard’ for the investment needs of customers, resulting in high fees and charges, which it warned had ‘negatively impacted’ clients.

The UK’s lifeboat scheme also opened its online claims service for SVS clients who wish to make further claims other than for the return of assets and money. The FSCS anticipates that other than a very small number of exceptions, the SVS clients are expected to get a ‘full return’ of their cash investment.

Former clients of SVS Securities have ActivTrades plc UK and ITI Capital as two options available to them to access their money and assets, which have been beyond reach for nearly two years.