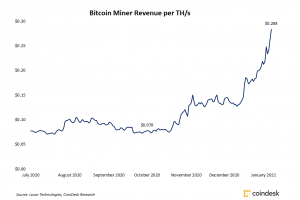 Bitcoin mining revenue has nearly tripled in the past three months measured by dollars per terahashes per second (TH/s).