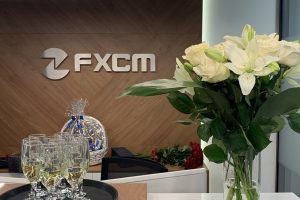 FXCM, a Jefferies Financial Group-owned FX and CFDs brokerage, published its trading execution statistics for February 2021, reporting much wider spreads for the BTC/USD pair. The broker offered peak, and non-peak spreads, of 68.1, and 67.3 pips, respectively, for the crypto-fiat-pair, while the effective spread remained at 61.8 pips.

The spreads for the pair were much higher than what FXCM offered a month ago at an average of 33.9 pips. The BTC/USD spreads have been rising on FXCM for a few months now, and with the latest jump, it has surpassed the average industry benchmark of 45 pips.

However, it is to be noted that the bid-ask spreads of crypto-fiat pairs are rising across the trading industry with the increased volatility of the pair due to the latest swings in the Bitcoin price.

While crypto spreads keep rising, the order execution on the brokerage platform slipped marginally from the previous but still remains strong from last year’s average.

Another important execution metric highlighted by FXCM was the execution speed, which signifies the time between the placement of the order and its execution by the brokerage. This number with an average of 30 milliseconds improved significantly from last year but saw a slight dip month-over-month.