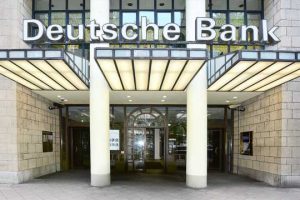 The price of commodities in the U.S. has surged according to a number of recently published studies over the last two months. Currently, commodity-price increases are moving in lockstep as products like oil tapped a two-year high, the price of lumber jumped 377% in a year’s time, electronics are 10% more expensive across the board, copper has risen to record highs, soybeans and corn prices have skyrocketed, and retail beef and pork is eliciting “sticker shock.”

“The consequence of delay will be greater disruption of economic and financial activity than would otherwise be the case when the Fed does finally act,” Folkerts-Landau wrote in the report. “In turn, this could create a significant recession and set off a chain of financial distress around the world, particularly in emerging markets,” the Deutsche economist added. However, the inflation may start a little later than most think, as economies are more fluid than they were last year being locked down.

“Consumers will surely spend at least some of their savings as economies reopen,” Folkerts-Landau detailed in the report.

U.S. inflation fears are troubling foreign markets as both Asian and European markets have been shaken due to American inflation data concerns. Meanwhile, the cryptocurrency economy has not performed as most believed it would in the face of inflation, while gold on the other hand has seen a significant lift in value from the economic fears gripping the United States.

The Deutsche team says the Fed may be patient for a year and continue to be tolerant of higher inflation rates. However, the Deutsche reports’ authors Folkerts-Landau, Hooper, and Reid disagree with the Fed’s current assessment.

“It may take a year longer until 2023 but inflation will re-emerge. And while it is admirable that this patience is due to the fact that the Fed’s priorities are shifting towards social goals, neglecting inflation leaves global economies sitting on a time bomb,” according to the report. “The effects could be devastating, particularly for the most vulnerable in society.” Furthermore, the Deutsche team says that inflation could be transitory but eventually it could boil over into something far worse.

“A lack of preparation for the return of inflation is concerning. Even if some inflation today is transitory, it may feed into expectations as in the 1970s,” the report concludes. “Even if only embedded for a few months, these expectations may be difficult to contain with stimulus so great.”