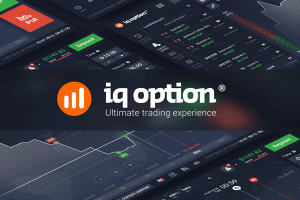 A Delhi court heard arguments on the representative lawsuit on Thursday and issued an order for publication of a notice on leading local newspapers to invite victims of the scam.

“…present suit is treated as a representative suit, however, in order to invite the grievances of other sufferers, public notice is being issued in the aforesaid newspapers…Plaintiff is directed to ensure that public notice should be published in all the editions of all the four newspapers as well as in the newspaper,” the order stated.

Advocate Nipun Saxena, representing the plaintiffs, argued that the trading platform dupped many Indian investors, promising up to 900 percent return on cryptocurrency investments.

The brokerage platform claims to have 48 million customers with a presence across 189 countries.

Though the platform took investment as low as $1, the lawyer explained there was a hidden withdrawal fee of 2 percent, and many customers further complained that they could not withdraw their funds as any withdrawal attempt asks their credentials followed by error messages.

“The one-time ‘free withdrawal’ option is exhausted, and thereafter for every withdrawal, a separate withdrawal fee of 2% is charged. It was pointed out that even despite enduring withdrawal fees, a customer is unable to withdraw its amount suffering a monetary loss equivalent to the entire amount invested,” Saxena argued in court.

The lawsuit is seeking a permanent injunction against IQ Option and block of all platforms, web or mobile, operated by IQ Option in India. Additionally, the plaintiffs want a permanent ban on the broker from doing any business in the country.

IQ Option, however, denied all the allegations to Finance Magnates.

“Please note that IQ Option group is in progress of clarification of the particulars of the case with Indian lawyers,” Vladimir Golubev, IQ Option’s head of strategic finance and legal, said. “IQ Option group is a fair company and never participated in any kind of fraud. IQ OPTION group keeps the right to open a lawsuit against informational resources who published the information.”