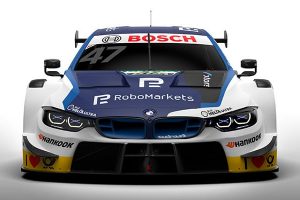 Cyprus-licensed RoboMarkets announced on Monday that it has extended its sponsorship contract with BMW M Motorsport for two 2021 racing events.

The FX and CFDs broker first inked the sponsorship deal in 2019, becoming the racing team’s official partner. RoboMarkets also received a prominent ‘brand appearance’ with the deal as its logo was featured on the #47 BMW M4 DTM racing car.

The latest deal was signed for the BMW M2 Cup and the 24-hour Nürburgring race to be held this year. According to the latest agreement, the RoboMarkets logo will be featured on the bonnets, roofs and doors of two race cars in the BMW M2 Cup. There will be six races in the BMW M2 Cup this year, which will be held between July and October.

“The Nürburgring 24 Hours are the highlight of the endurance season, and we are very happy and grateful to be able to fight for the overall victory once again with the support of partners such as RoboMarkets with a strong line-up of teams and drivers,” Thomas Felbermair, Vice President Sales and Marketing BMW M GmbH, said.

“We have worked excellently with RoboMarkets in the DTM and are very pleased that we have now been able to transfer the partnership to GT racing.”

Sports sponsorships have always been a favorite marketing tactic used by the players in the trading industry. Brokers are sponsoring major football teams to individual cyclists to tap into the lucrative sports fan base. Additionally, the brand presence in a sporting event helps to strengthen the brand value as well.