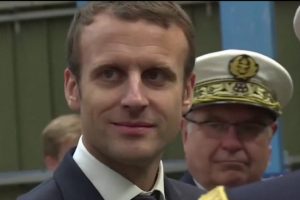 Gérard Araud, the former French ambassador, joined leaders in Paris who expressed outrage over last week’s nuclear submarine deal between the US, UK and Australia.

France will lose a nearly $100 billion deal to build diesel submarines for Australia under the terms of the initiative, which will see the U.S. and Britain help Canberra construct nuclear-powered ones.

Officials in Paris lashed out at their Washington counterparts. Jean-Yves Le Drian, the French foreign minister, called the deal a “stab in the back.” He said the “brutal, unilateral and unpredictable decision” reminds him of former President Trump.

Secretary of State Antony Blinken was quick to assure Paris and called them a “vital partner.” The AFP News Agency tweeted Blinken’s comment and Araud sarcastically responded on Thursday, “We are deeply moved…”

China also reacted angrily, accusing the U.S. and its English-speaking partners of embarking on a project that will destabilize the Pacific to the detriment of global security. But, the reactions from Paris and Brussels were equally severe. Both complained they were not only excluded from the deal but not consulted on it.

The White House and Blinken say France had been informed of the decision before it was announced.