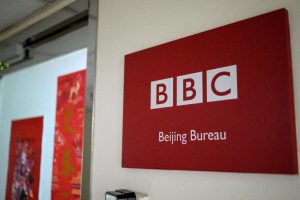 Hong Kong (CNN Business)The British Broadcasting Corporation has moved its China correspondent to Taiwan from Beijing as the news organization comes under increasing pressure over its reporting in the country.

BBC News announced John Sudworth’s relocation on Twitter on Wednesday. While the BBC did not elaborate on the exact reason for the move, it said that “John’s work has exposed the truths the Chinese authorities did not want the world to know.”
“The BBC is proud of John’s award-winning reporting during his time in Beijing and he remains our China correspondent,” the public service broadcaster said.

Sudworth’s move comes as Beijing repeatedly expresses frustration with BBC reporting on the Chinese region of Xinjiang, where authorities are accused of carrying out human rights abuses on Uyghur and other ethnic Muslim minorities.

China’s media regulators banned BBC World News in the country in February, claiming that it had broadcast reports on China that “infringed the principles of truthfulness and impartiality in journalism.”

The BBC has run reports claiming that women have been systematically raped, sexually abused, and tortured at camps in Xinjiang, where the US State Department alleges that up to 2 million people have been put into internment camps.
Beijing — which maintains that the camps are vocational training centers that help to deradicalize citizens — has accused the broadcaster of going on “a spree to spread explicit falsehoods about China’s policy” in the region. The BBC has said it stands by its reporting as fair and accurate.

The BBC World News ban in China came just after Ofcom, the British media regulator, said it had withdrawn a license for China Global Television Network, or CGTN, to broadcast in the United Kingdom.
— This is a developing story and will be updated. Philip Wang and Jonny Hallam contributed to this report.
Source: Read Full Article