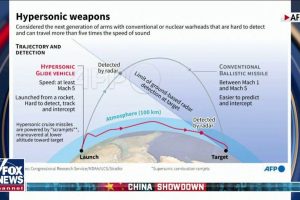 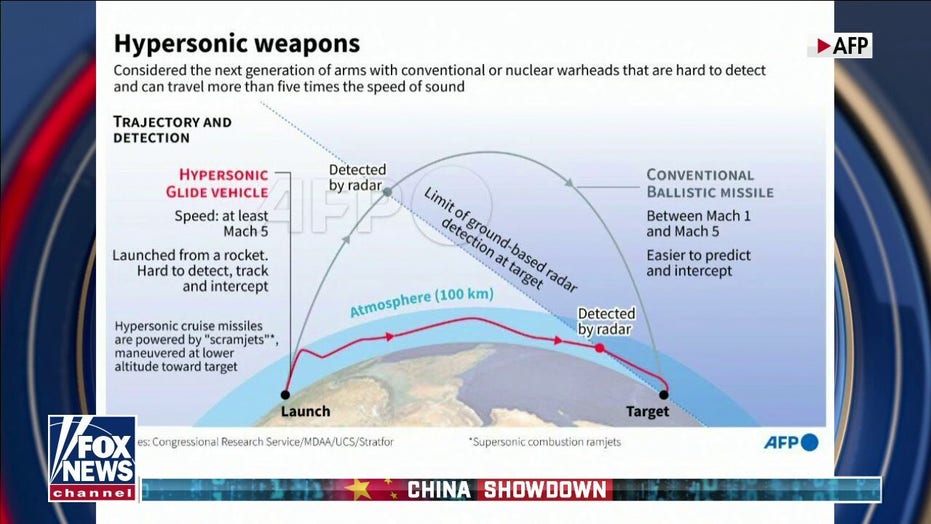 China’s test of hypersonic missile raises concerns of US military

President Biden will not “hold back” on areas of concern in his virtual meeting Monday evening with Chinese President Xi Jinping, as the Biden administration works to stabilize the relationship between the U.S. and China.

The White House announced the meeting Friday, saying that the two leaders “will discuss ways to responsibly manage the competition between the United States and the PRC, as well as ways to work together where our interests align.”

“Throughout, President Biden will make clear U.S. intentions and priorities and be clear and candid about our concerns with the PRC,” the White House said.

In addition to discussing the relationship in general, the Biden administration in recent months has also focused on China’s lack of transparency with regard to the international investigation into the origins of the COVID-19 pandemic.

White House press secretary Jen Psaki, in previewing the meeting, said that the origin of the COVID-19 pandemic is a “remaining concern” for Biden.

“There will be a broad range of topics that will be discussed,” Psaki said. “And the president is certainly not going to hold back on areas where he has concern.”

China’s Foreign Ministry spokesperson confirmed the meeting for Monday evening, saying that it is “hoped that the U.S. can work with China toward the same direction and make concerted efforts to make the heads-of-state meeting a success,” which, the spokesperson said, “will steer the China-US relationship back to the right track of sound and steady development.”

The meeting will be the third engagement between the two leaders since February. It comes after the U.S. and China this week pledged at U.N. climate talks in Glasgow, Scotland to increase their cooperation and speed up action to rein in climate-damaging emissions.

Biden and Xi have a familiar relationship, after having worked together while they both were vice presidents.

Biden spoke with Xi once over the phone in February, and again in September, where he first proposed the virtual meeting with Xi, after suggesting he would like to be able to see him again.

However, Xi has not left China since the onset of the coronavirus pandemic. White House officials proposed a virtual summit as the best available substitute for the two leaders to have a substantive conversation on a number of issues that have put strains on the U.S.-China relationship.

Biden used the first call to outline his administration’s “core concerns” with China’s “practices, aggressive activities, and abuses,” while discussing areas in which he felt it could be in the United States’ national interest to work with Beijing.

The September call, according to senior administration officials, was used to set “guardrails and parameters” in the U.S.-China relationship to ensure that while the two nations are in “stiff competition,” that they do not “veer into conflict.”

“While we remain in a competitive space, we don’t want that to veer into conflict,” the official added, acknowledging that the U.S. is in a “competitive posture with China.”

“That’s the dominant framework of this relationship,” the official said after the September call.

Historically, the official explained, there has been a “binary” relationship between the United States and China.

“We’re either in a period of engagement or a period of confrontation with China,” the official said.

“That’s not where we are anymore,” the official said, adding that the Biden administration thinks the “goal” should be to “reach a steady state of affairs.”

“We should be in a stiff, competitive posture, but one in which we can do many things at once,” the official said, pointing to holding China accountable for its practices, and protecting the interests and values of the United States and U.S. allies.

Officials have also warned that China is the “only competitor” potentially capable of mounting a “challenge” to the international system.

Burns said the new mission center will bring “a whole-of-Agency response” and will “unify the exceptional work CIA is already doing against the key rival.”