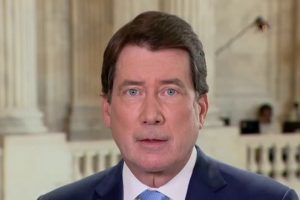 Former Chief of U.S. Border Patrol Ron Vitiello argues the shift in enforcement at the border only benefits ‘criminal cartels.’

EXCLUSIVE: Sen. Bill Hagerty, R-Tenn., is urging President Biden to increase funding for Immigration and Customs Enforcement (ICE) to help deal with the effects of the current crisis at the southern border, warning the president against political pressure to defund the agency.

“Your administration is not doing enough to stop this crisis, and it is critical that the Fiscal Year 2022 budget request that you are currently developing includes sufficient resources for [ICE] detention and removal operations,” Hagerty wrote in a letter to Biden. “I strongly urge your administration not to cave to unfounded political pressure to defund ICE.”

CBP ON TRACK TO ENCOUNTER MORE THAN 171,000 MIGRANTS IN MARCH, AS BORDER CRISIS ESCALATES

Hagerty to Biden on ICE Funding by Fox News on Scribd

The Biden administration has been dealing with a dramatic spike in migrant apprehensions at the border. Preliminary Customs and Border Protection (CBP) data suggests that the agency is on pace to have encountered more than 171,000 migrants in March.

While many of those are single adults and can be expelled due to Title 42 public health protections, unaccompanied children cannot, and Mexico is refusing to take migrant families with tender-aged children (under 7 years old) — leading to migrants being released into the U.S. — sometimes without court dates. 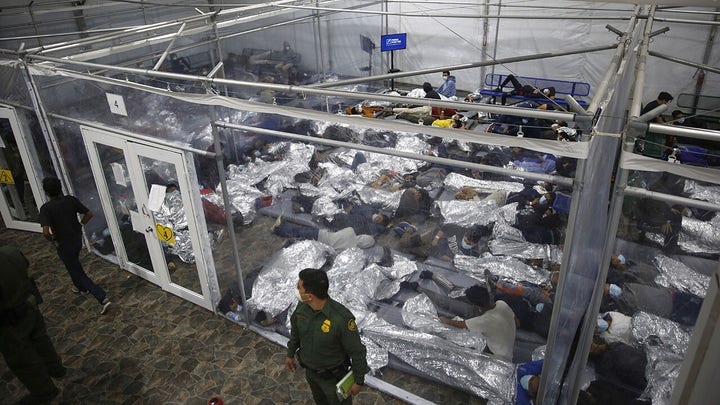 The Washington Post reported last week that the number of illegal immigrants sneaking past overwhelmed Border Patrol agents is the highest in recent memory, with more than 1,000 migrants a day getting in. While CBP is one of the primary agencies dealing with the crisis, along with Health and Human Services, Hagerty argues that this will also require more work from ICE.

“Given the rapidly increasing number of border crossings, you must request funding levels that far exceed those provided this fiscal year if you intend to empower law enforcement personnel to secure the border and protect American communities,” Hagerty wrote in the letter to Biden.

“If, on the other hand, you fail to request the ICE enforcement and removal funding necessary to meet this crisis, you will essentially be adopting a policy of defunding, and ultimately abolishing, ICE.”

The Biden administration has been facing criticism from Republicans for what they say is a crisis caused by the loosening or abolition of Trump-era policies like the Migrant Protection Protocols (MPP) and halting wall construction. Additionally, the administration sought to impose a moratorium on deportations, which was blocked after a lawsuit. It has since narrowed ICE enforcement and removal priorities to focus on national security threats, aggravated felons and recent border crossers, something the administration claims will make the agency more effective.

However, on the other end of the political spectrum, left-wing Democrats who promoted the “abolish ICE” movement are still pushing for more radical measures

“If you don’t want children in cages, then you need to stop upholding CBP, ICE, and the military as the solution to this crisis,” Rep. Alexandria Ocasio-Cortez, D-NY, tweeted last week.

In his letter, Hagerty argued that a rise in border crossings will ultimately lead to an increase of those in ICE custody, pointing to numbers from the 2019 crisis.

“I urge you to heed these warning signs and include in your upcoming budget request a significant increase in funding for ICE enforcement and removal operations,” he writes. “If your administration fails to do so, it will be demonstrating greater loyalty to far-left anti-law enforcement politics than to enforcing the law and protecting American communities.”

Biden has stood by his rollback of Trump-era policies, saying he makes “no apologies” for reversing policies he says are cruel — and has downplayed the numbers coming to the border.

“It happens every single, solitary year: There is a significant increase in the number of people coming to the border in the winter months of January, February, March. That happens every year,” he said at a recent press conference.