Home » Boris Johnson has told friends he is broke and has to accept free holidays and meals from donors. But the truth is likely very different

Boris Johnson has told friends he is broke and has to accept free holidays and meals from donors. But the truth is likely very different 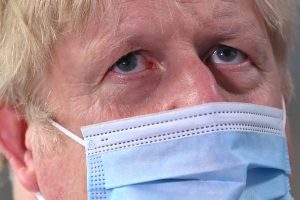 Boris Johnson has told friends that he is experiencing serious money problems.

Multiple reports suggest that the UK Prime Minister’s financial situation has led to him attempting, and in some cases succeeding, to use donations from the Conservative party, and other donors, to pay for:

Some commentators close to Johnson have suggested that these alleged money problems are due to the reduction in his income since entering Downing Street, combined with payments for his indeterminate number of children, and his divorce from his second wife Marina Wheeler.

Without having access to Johnson’s personal financial records it is impossible to know for sure quite how seriously to take these claims of his supposed hardship.

However, analysis of his declared income, as well as accounts of his past behavior, does give some reason to doubt it.

In the top 1% of earners 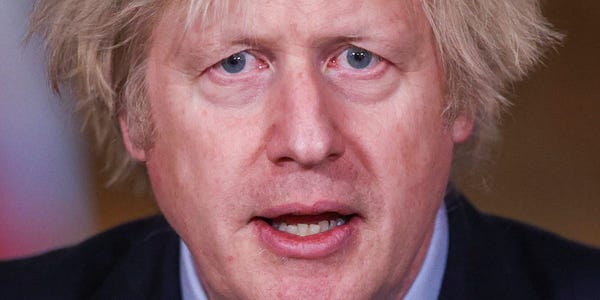 It’s also worth pointing out that, unlike most people, his housing, transport, and large parts of his living costs are also covered by the taxpayer.

And while he has had a significant reduction in his main sources of income since becoming prime minister, prior to his premiership he was one of the highest-earning politicians in the country, raking in over £275,000 a year from his Telegraph column on top of his salary as a politician.

And although he has been forced to abandon that column, he does still continue to make many thousands of pounds worth of royalties from his back catalogue of books every year, according to his register of interests.

In addition to this, he also declared £123,000 for a single speech in India in 2019, plus £88,000 from publishers Hodder and Staughton for an advance on as-yet unpublished book about Shakespeare.

Yet despite all this past and present income, a report by last week’s Sunday Times quoted a government source suggesting that the prime minister was so hard up that he had missed key emergency meetings at the start of the pandemic due to “working on a biography of Shakespeare, the money from which he needed to fund his divorce.”

A spokesperson for the publisher would not comment on whether Johnson had kept the advance for the as-yet-unpublished book, telling Insider only that “We have not scheduled the book to be released in the foreseeable future,” and “we never comment on our authors’ advances.”

He would ‘never ever buy a drink’ 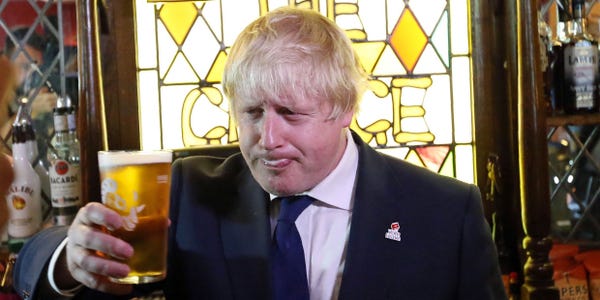 So is Johnson really as hard-up as insiders and his media allies suggest, or is something else going on?

The Prime Minister’s biographer Sonia Purnell, who worked closely alongside Johnson in his early career as a journalist, is not convinced and believes there may be a much simpler explanation.

Rather than being desperately hard-up, Purnell suggests Johnson may simply be acting as he has always done, which is to find any excuse he can to avoid opening his wallet.

“All the way through his life he has been very successful at avoiding paying for anything,” Purnell tells Insider.

“It’s a game he has always played… I mean what does he spend his money on? It’s certainly not on buying people rounds of drinks in the pub.

“He’s never done that. All the time I was in Brussels… you would go to the bar and he would drink other people’s drinks and never ever buy a drink. I mean never.

Associates of Johnson say he also has a tendency not to pay his debts.

“One of the first things I was told by someone else when I arrived there is that he will ask you to lend him money,” Purnell says.

“Never do it because he asks everybody and never ever pays it back.”

His reputation for failing to pay money back even extended to one wary EU official quoted in Purnell’s biography of Johnson.

“You were always wary,” the official told Purnell.

“I was told never to lend him money as he never paid it back – so when he asked for the equivalent of £50, I refused.”

With multiple houses, book deals and a large salary, Johnson is, by any reasonable standard, well off.

Yet those who know Johnson describe him as almost comically tight with money.

When first dating his second wife he claims to have taken her to a meeting of the Hare Krishnas in order to avoid paying for lunch, which he told the Evening Standard in 2008 that she had “never forgiven me” for.

He continued the habit into later life, famously losing a £1,000 bet with his former employer Max Hastings, only to refuse to pay him.

After much nagging, Johnson finally agreed to hand over the money, only to then send Hastings an empty envelope.

“Whether or not Hastings actually needed the money is neither here nor there,” Purnell tells Insider.

“The fact he sat there, addressed an envelope, sealed it, and posted it and then there was nothing in it, is just bizarre behaviour.”

By all accounts, Johnson continued to be reluctant to pay his own way.

Indeed one of my own first encounters with Johnson was in the canteen in the basement of London’s City Hall when he was at the peak of his earning powers as Mayor of London and star Daily Telegraph columnist.

As I was standing waiting to pay for lunch with a fellow journalist, Johnson shuffled over and asked my companion to lend him £3 for his sandwich which, somewhat taken aback, he did.

Insiders say Johnson’s notoriously scruffy appearance was also in part due to his reluctance to spend money on clothes.

Indeed his outfits while mayor, which often constituted a strange combination of a faded grey jacket and municipal beanie hats, were in part, according to one former colleague, lifted by Johnson from Transport for London’s lost property office.

How bad was his divorce settlement? 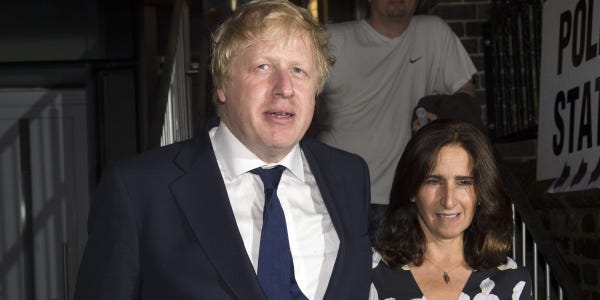 However, Johnson’s biographer throws doubts on claims from Johnson insiders that their separation has left him penniless.

“I think it’s a rather sexist assumption to blame it on Marina,” Purnell tells Insider.

“After all she is a very high-earning person herself and always has been. She is a QC and has done very well.

“I just don’t buy that she took him to the cleaners.”

Are Johnson’s finances a security risk? 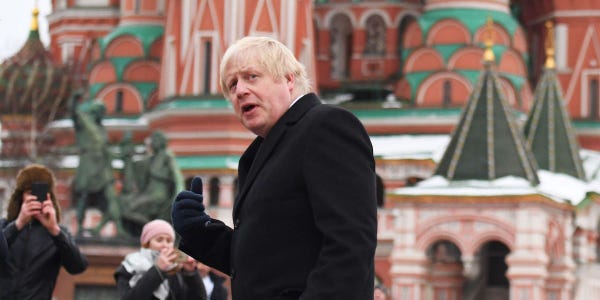 The revelation that Johnson had received an unpaid debt order from a court led to one former spy telling Insider that such claims could be used to damage his reputation, while others suggested they could also potentially leave him open to blackmail by hostile states.

“All of these stories saying he is hard up is a bit like putting the begging bowl out,” Purnell told Insider.

“I imagine MI6 were quivering in their boots. It could be interpreted as an invitation to breach his own security and national security. You just don’t do that as prime minister.”

And while claims about Johnson seeking donations to pay for luxury takeaways and wallpaper have only belatedly emerged, it remains unclear who exactly he has sought these donations from.

“We have no idea who is giving him this money for wallpaper and holidays and all the rest of it,” Purnell says.

“And these are just the things we know about.”

What else have people paid for? His personal trainer, his nanny, the takeaways, everything. It just mounts up and makes him one big security risk right there in Downing Street.”