China expert Gordon Chang weighs in on the missing Olympian and U.S. approach to Chinese threats.

A top Chinese official said Thursday that the U.S. should not have “any illusions” when it comes to Taiwan and reiterated that Beijing will not compromise on the issue, according to a report.

Wu Qian, a spokesman from the Chinese Defense Ministry, held a news briefing and blamed the U.S. for saying “a lot of irresponsible things” on the matter, Reuters reported.

Beijing has irritated its neighbors and Western governments with an increasingly assertive foreign and military policy. Taiwan and the mainland have been ruled separately since 1949 following a civil war.

The Biden administration drew condemnation from China on Wednesday after the State Department announced it had invited Taiwan to its Summit for Democracy next month. 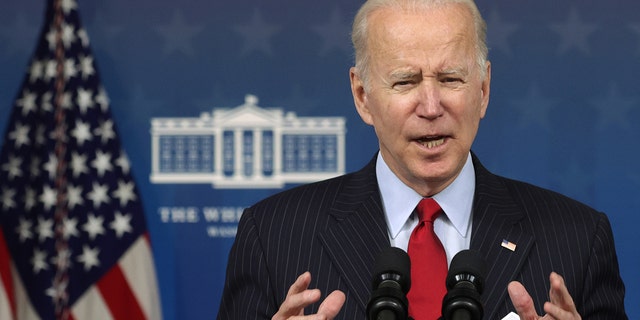 President Joe Biden speaks on the economy during an event at the South Court Auditorium at Eisenhower Executive Office Building on November 23, 2021 in Washington, DC.  (Photo by Alex Wong/Getty Images)
(Getty)

“What the U.S. did proves that the so-called democracy summit is just a pretext and tool for it to pursue geopolitical goals, suppress other countries, divide the world, serve its own interest and maintain its hegemony in the world,” said Zhao Lijian, spokesperson for the Ministry of Foreign Affairs, according to the Associated Press.