Home » Politics » Christmas 2021: Where in the United States is having a white Christmas?

Christmas 2021: Where in the United States is having a white Christmas? 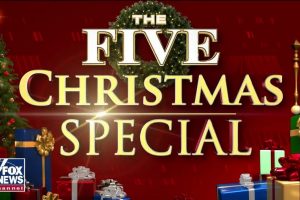 ‘The Five’ celebrates Christmas by participating in a Secret Santa exchange.

Many places in the United States aren’t seeing the white Christmas they’re used to after a warm start to the winter, but Americans in part of more than 20 states will spend their Christmas Day in the Snow Miser’s favored conditions.

According to the National Weather Service, “A white Christmas is defined as having 1 inch or more of snow on the ground Christmas morning.” And after a couple of major storms in recent days, parts of the West will have a lot more snow than that.

The Rocky Mountains in Colorado are having a badly-needed white Christmas after a major storm hit the area Thursday and Friday, according to a map of snow depth by the National Oceanic and Atmospheric Administration (NOAA). 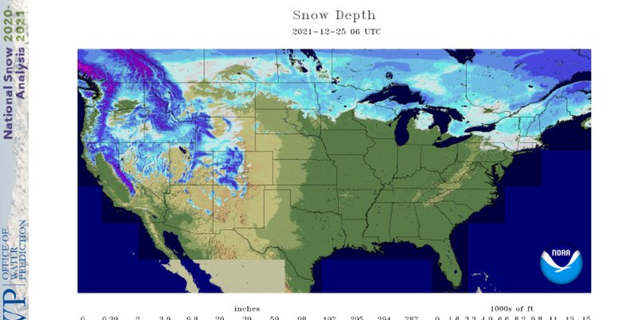 A map shows the areas of the United States with snow on the ground on Christmas Day, 2021. (National Oceanic and Atmospheric Administration)

The ski resorts there saw a very slow start to the winter but are expected to see more snow after between a foot and two feet of snow fell in the last two days.

Another storm hit Idaho, Wyoming and western Montana this week, bringing a white Christmas to many in that region.

Nevada, Washington, California, Oregon and Utah also have fresh coats of snow across much of their terrain – with the deepest snow in California’s Sierra Nevada Mountains and in Northwest Washington near the border with British Columbia. The mountains in Utah, but not much of the rest of the state, are snow-covered for Christmas, as are some of the higher elevations in Arizona and New Mexico. 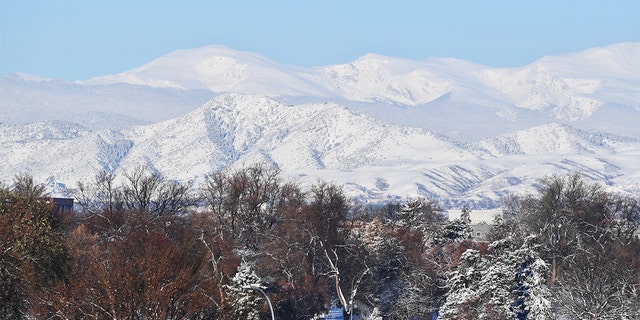 Snow-covered City Park and front range at the park in Denver, Colorado, on April 20, 2021. The Rocky Mountains got much-needed snow before Christmas.
(Hyoung Chang/MediaNews Group/The Denver Post via Getty Images)

Much of the northeast is having a white Christmas too. That includes all of Maine, New Hampshire, Vermont and most of New York. Most of Massachusetts, Rhode Island and Connecticut are snow-covered too.

Only some parts of northeastern Pennsylvania are having a white Christmas in that state, however, and there’s no snow in Maryland, West Virginia or Virginia – three states that usually have some snow in the higher elevations of the Appalachian Mountains on Christmas.

The Midwest has seen conspicuously little snow so far this year too. Illinois, Ohio, Indiana, Iowa, Missouri, Kansas and Nebraska are all having a green Christmas. And there’s only snow cover in the northern parts of Michigan, Minnesota, and North Dakota.

Some areas in northeastern South Dakota also have snow, but most of that state is having the Heat Miser’s favorite kind of Christmas, as is Texas, Oklahoma and all the Southeast.