Democrats Are Forgetting What’s Popular About Their Big Democracy Bill

Democrats’ chances to pass the For The People Act, their sweeping plan to reform the nation’s democracy, are already slipping away.

Their ultra-thin majority in the Senate means they lack the votes to eliminate the filibuster Republicans will rely on to block the legislation. And even if the party had the will to overcome the 60-vote requirement, pivotal Democrat Joe Manchin of West Virginia has said he prefers narrower legislation.

Manchin’s idea of focusing on voting rights has favor with some congressional Democrats, including veteran members of the Congressional Black Caucus. It would also be a massive political mistake, ditching the most popular provisions of the legislation and turning the bill from a winner in key swing states and congressional districts into another iteration of what many voters see as partisan bickering over voting rights.

The For The People Act, also known as HR 1 or S 1 ― low-number designations meant to signal its importance to the Democratic Party ― is a sprawling beast of more than 60 pieces of individual legislation stapled together. Its provisions cover everything from early voting and election administration to blocking foreign interference, encouraging members of Congress to rely on small-dollar donations and making it harder for former politicians to engage in “shadow lobbying.”

The legislation, on the whole, is popular. A recording of conservative activists discussing how to stop the measure, obtained by The New Yorker, found them admitting that turning public opinion against the bill would be “incredibly difficult.” But the most popular parts of the legislation have always been the provisions aimed at limiting the political influence of corporations and the ultra-wealthy.

That issue has been a political winner for Democrats in each of the last two election cycles. Dozens of House candidates swore off corporate PAC money in 2018, helping the party win back control of the chamber. Then, Democrats hammered Georgia GOP Sens. Kelly Loeffler and David Perdue with ads arguing they had used their positions to enrich themselves en route to winning Senate control in 2020.

“Taking on corruption in Washington was an essential message for Democrats in taking back the House in 2018, and again in those Georgia Senate races in 2020,” said Meredith Kelly, a Democratic operative who was communications director at the Democratic Congressional Campaign Committee when the party flipped the House three years ago. “It created a trust that Democrats would be able to finally make progress on every other issue ― the rising costs of prescription drugs, climate change.” 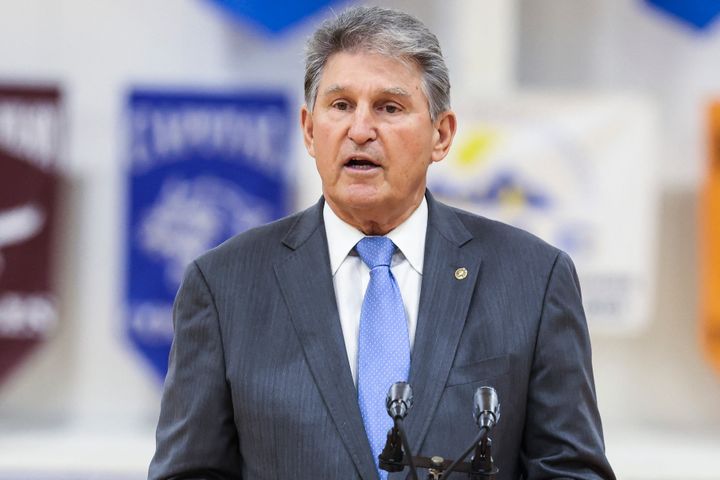 But it’s also clear the party isn’t always driving home that message. Much of the day-to-day debate and media coverage about the bill has focused on the voting rights provisions. When President Joe Biden called for the passage of HR 1 in his address to Congress last month, he mentioned the need to “protect the sacred right to vote,” but not the legislation’s anti-corruption components.

It’s obvious why Democrats feel urgency to protect voting rights. Former President Donald Trump took the GOP’s long history of lying about widespread voter fraud to a new level following his loss in the 2020 election, culminating in the Capitol riot on Jan. 6. Since then, Republican state legislators across the country have moved to make it more difficult to vote, often specifically targeting methods used by Black voters, the Democratic Party’s most loyal voting base.

But the voting rights fight is not always a clear political winner for Democrats. While many of the For The People Act’s voting provisions ― mandating early voting periods and same-day voter registration, for instance ― are popular, public surveys indicate most Americans support requiring voters to show ID at the polls, a practice HR 1 would ban.

More broadly, the voting rights provisions stir up strong emotions among partisans on both sides, while doing little to win over swing voters. Amy Walter, the national editor at the Cook Political Report, wrote last month that two focus groups of persuadable voters she recently watched thought “that fights over voter laws were more about political gamesmanship.”

“Where many activists see a threat to the very foundation of our political system, these voters see crass political calculations,” Walter wrote.

On the other side of the debate, a $12 million television ad campaign from End Citizens United focuses on the idea that Democrats are reining in corporate special interests, only briefly mentioning that the law protects the right to vote.

“Billionaires and special interests ― your day is nearly done,” a narrator says in one of the advertisements.

Maryland Rep. John Sarbanes, the lead sponsor of the House version of the legislation, noted the voting rights provisions were the “most animating on both sides” of the partisan divide. But the anti-corruption measures ― which include strengthening ethics requirements for executive appointees and judges, and forcing the disclosure of anonymous political spending ― test well across party lines.

“Those parts of the bill are broadly supported, even by most Republicans out there in the country,” Sarbanes said. “When you lift those up, it puts McConnell and his allies on their back foot. They know that anti-corruption sentiment is very strong, even among their own constituents.”

Right now, Sarbanes needs to find a path to passage for the legislation. And he’s sure Manchin’s suggestion won’t actually make that any easier. The plan is already the product of extensive intraparty negotiation. And Sarbanes said the possibility of attracting GOP support for voting rights legislation is nonexistent.

“I don’t trust them, to be very honest,” Sarbanes said of Republicans. “I just don’t see any intersection of real reform with getting 10 Republican votes.”

The obstacles to passing the legislation with only Democratic support are clear: Manchin’s opposition to moving the legislation at all, and Arizona Sen. Kyrsten Sinema’s opposition to eliminating the filibuster. But private Democratic polling, paid for by End Citizens United and obtained by HuffPost, shows the anti-corruption provisions of HR 1 are immensely popular in both Democrats’ home states.

“Messaging frames around reducing the influence of special interests and holding politicians accountable particularly resonated with voters,” pollsters from the Democratic firms Global Strategy Group and ALG Research wrote in a memo. “In both West Virginia and Arizona, voters responded strongly to a message about the influence of special interests due to money in politics and about Washington being corrupt due to that special interest money and the solutions the bill presented to combat that corruption.”

Meanwhile, time is running out to pass any legislation in time to shape the 2022 midterm elections.

Rep. Sharice Davids (D-Kansas), who won her seat in 2018 thanks in part to anti-corruption messaging, said passing the legislation would boost her efforts to win reelection in what is likely to be a tough political cycle for Democrats.

“I’m from the home of both the Koch Brothers and Kris Kobach,” Davids told HuffPost, referring to the billionaire conservative megadonors and the state’s arch-conservative former attorney general. “These things have been on the mind of Kansans for a long time.”

Davids was one of 39 House Democrats from across the party’s ideological and identity spectrums to sign a letter this week to Senate Majority Leader Chuck Schumer, urging him to “consider all legislative and procedural means available in order to pass this critical legislation.”