The president and co-founder of the progressive nonprofit are out over allegations of racism, sexual harassment and intolerance in the workplace. Maajid Nawaz, who was incorrected branded an anti-Muslim extremist by the group, reacts.

Prominent Democratic legislators congratulated the Southern Poverty Law Center on its 50th anniversary on Thursday, without once mentioning the leftist organization’s 2019 scandal involving claims of sexual harassment, racial discrimination and a deceptive fundraising scheme based on “hate” labeling. They also did not mention the attempted terrorist attack at the Family Research Council in 2012, in which a shooter used the SPLC’s “hate map” to target a conservative Christian nonprofit.

“Congratulations to the Southern Poverty Law Center on your 50th anniversary, 50 years of defending the rights of the vulnerable, of speaking up for the marginalized, of protecting the disadvantaged,” Abrams said. “We appreciate everything you’ve done.”

“Thank you for decades of look defending civil rights in the United States,” Ossoff said. “I’m deeply concerned, like many of you, by the rising level of polarization, hatred, and mistrust in our society.”

“SPLC is a catalyst for justice in the South and beyond,” Warnock said. “By speaking up against hatred and extremism, by speaking justice, promoting anti-racism and tolerance, and celebrating our nation’s rich diversity, SPLC gets us closer to building a more perfect union, a beloved community.”

“SPLC has been a bastion of civil rights for half a century, fighting to make our country’s promise of equality and justice for all a reality,” Booker said.

“I want to thank the SPLC for doing all the amazing work you do,” Chu said.

“Over the last half-century, the SPLC has been at the forefront of our nation’s efforts to confront hatred and extremism,” Nadler said. “This country is a better place because of your work to promote racial justice, celebrate diversity, and advance the civil and human rights of all people.” 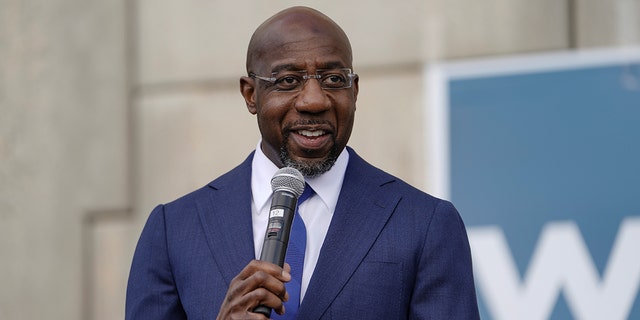 “The Southern Poverty Law Center has always been and continues to be unwavering in its resolve to promote justice and racial equality,” Thompson said.

None of these Democrats addressed the scandal that led the SPLC to fire its co-founder, Morris Dees, in 2019. Lt. Gen. (Ret.) Jerry Boykin, executive vice president at the Family Research Council, emphasized that scandal and the attempted terrorist attack at his organization.

“What cannot be lost on the SPLC’s anniversary celebration is that their employees have identified racism and sexual harassment as a part of the SPLC’s culture,” Boykin told Fox News.

Indeed, the SPLC fired Dees in the wake of claims of racial discrimination and sexual harassment that traced back decades. SPLC President Richard Cohen resigned and the SPLC promised an internal review, the results of which have yet to become public. Amid this scandal, a former staffer came forward, claiming that the SPLC uses its “hate group” accusation to exaggerate hate in a fundraising scheme to “bilk” donors. Critics have claimed that the SPLC brands mainstream conservative and Christian organizations “hate groups,” placing them on a list with truly hateful organizations like the Ku Klux Klan.

Boykin addressed that hate-labeling scandal. “The shooter who came into the FRC building in August of 2012 admitted that he was motivated by the SPLC’s ‘hate map,'” he added.

“The shooter, Floyd Corkins, came into our building armed with a 9 mm pistol, two ammunition clips of 15 rounds in his front pocket, the rounds in the gun, and a box of 50 additional rounds,” Boykin said. “He also had 15 individually wrapped Chick-fil-A sandwiches. He was not puffing things up when he told the investigators that he intended ‘to kill as many people as [he] could.’ He shot our building manager, Leo Johnson, shattering the major bones of his left arm. Even after taking a bullet, Leo heroically tackled the shooter putting a stop to what would have been a mass murder. Corkins was later convicted of domestic terrorism in Washington, D.C.”

While the SPLC condemned the shooting, it has yet to remove FRC from the “hate map.”

Fox News reached out to Ossoff, Warnock, Booker, Chu, Nadler, Thompson and Abrams, requesting comment on the SPLC’s recent scandals and the attempted terrorist attack. None of them responded. The SPLC also did not respond to Fox News’ request for comment.