Doug Collins slams LeBron James comments on Georgia voting law: 'He has not read the bill' 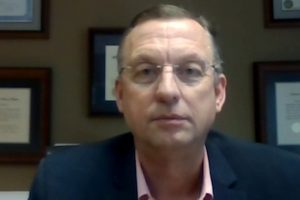 COLLINS: Look, I enjoy watching LeBron James play basketball. The problem when it comes to this issue [is] he’s just wrong because he has not read the bill. He read the talking points spewed out early on. To say how this is somehow going to affect minority voting, Martha, I challenge you or anyone else, show me in this bill where it will affect or will harm minority voting, or for that matter any voting. We’ve expanded the number of hours, we’ve secured our vote.

This is not about this vote. This is about perpetuating a narrative to say that things are happening in Republican states, and particularly in Georgia, that are just not happening, and Major League Baseball got caught in the middle of it. And I think over time, this is going to be a turning point, I think in this culture now, to where we can have honest discussions about election law, which is the only thing that’s happened here, but have it in a position of saying, ‘OK, what is best for the people who vote?’ and not an agenda being pushed on a narrative of voter suppression.