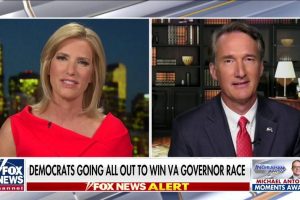 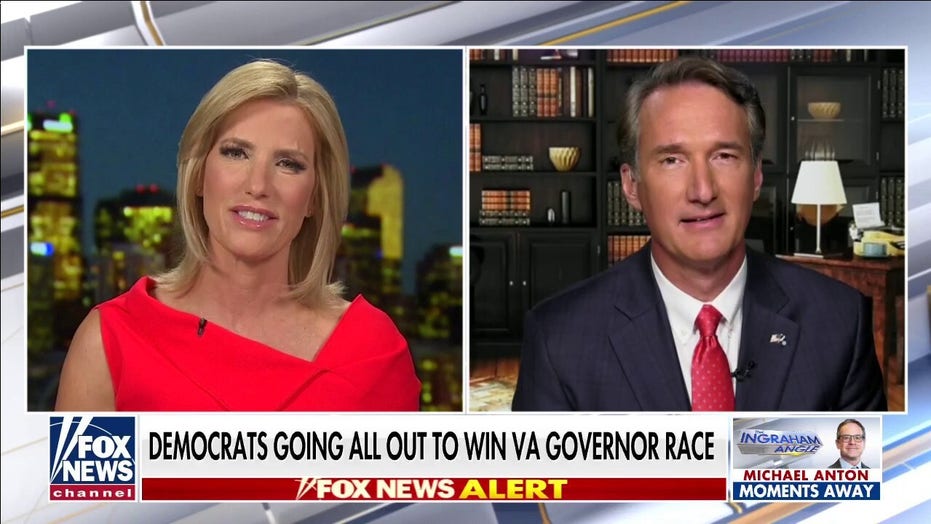 Glenn Youngkin: McAuliffe is showing how desperate he is

Both national and state issues are impacting the race in Virginia, which along with New Jersey are the only two states to hold gubernatorial contests in the year after a presidential election, ensuring they get outsized attention from coast to coast. But a look at the ads by the two campaigns that are currently flooding the TV airwaves and digital devices suggests that the issue of education and former President Donald Trump are front and center in the commonwealth showdown.

“Virginia parents have a right to make decisions on their children’s education. That’s the Virginia I grew up in,” Youngkin says in his campaign ad that’s currently heavily in rotation across the state.

And Youngkin, a first-time candidate and former CEO of a large private equity firm, charges that “Terry McAuliffe wants to change that.”

His commercial then uses a viral clip from the second and final debate between the two candidates where McAuliffe, who’s running for his old job, said “I don’t think parents should be telling schools what they should teach.”

Youngkin, emphasizing his campaign’s closing message, emphasizes in the spot that “I’ll always stand up for Virginia’s parents.”

Public school education has traditionally been a leading issue in gubernatorial contests across the country. But amid a year and a half of frustration over school closures due to the coronavirus pandemic and the push by conservatives nationwide to target race-focused curriculum, including this year’s well publicized battles over critical race theory in Virginia’s Loudon County, Republicans see education as a winning issue to try and recapture suburban voters who fled the GOP during former President Trump’s White House tenure.

And that was before McAuliffe’s unforced error at the final debate, which Republicans have repeatedly spotlighted over the ensuing weeks.

“This has given a big opening for Youngkin and he’s grabbed it,” longtime GOP consultant and Fox News contributor Karl Rove said Tuesday on “America’s Newsroom”

An average of the latest polls in the race indicates that McAuliffe holds a slight, lower single-digit edge over Youngkin in a state that President Biden won by 10 points in last year’s election and where Republicans haven’t won a statewide contest in a dozen years.

The latest Fox News poll in Virginia – which indicated McAuliffe with a narrow five-point advantage among likely voters – spotlighted that 57% of Virginia parents said that parents “should be telling schools what to teach.”

But the survey also indicated McAuliffe – who launched his campaign at an event at a public school last December to showcase his education plan – with a 10-point lead over Youngkin among parents likely to vote, and suggested all likely voters were divided over whether McAuliffe (45%) or Youngkin (43%) would do a better job on education.

There’s a long-running trend of voters in the commonwealth defeating the gubernatorial nominee of the party that controls the White House. McAuliffe broke with that tradition in 2013 with his election as governor in the year after Obama was reelected. McAuliffe was unable to run for reelection in 2017 because Virginia governors are barred from serving two straight terms.

The close contest in Virginia – a one-time key battleground but still competitive state which is seen as a key bellwether ahead of the 2022 midterm elections – has national Democrats on edge as they defend their razor-thin majorities in the House of Representatives and Senate in next year’s contests.

The latest surveys indicate that Republican voters are more motivated than their Democratic counterparts. And McAuliffe’s putting on a full court press to get Democrats to cast ballots in the current early voting period, or to go to the polls on Election Day.

One way is by bringing in top Democratic surrogates. First Lady Jill Biden campaigned with McAuliffe on Friday and voting rights advocate Stacey Abrams, the former Georgia House Democratic leader who in 2018 made history as the first Black female gubernatorial nominee of a major political party, teamed up with him for two stops on Sunday.

Former President Obama  will campaign with McAuliffe this upcoming Saturday, Oct. 23.  And President Biden’s expected to join McAuliffe as well. Asked last week if Biden would join him on the campaign trail, the former governor said “he’ll be coming back. You bet he will.”

But McAuliffe’s also trying to fire up his base by repeatedly comparing Youngkin to Trump, who remains unpopular in Virginia. The former president is at 44% favorable and 53% unfavorable in the latest Fox News poll, which was conducted Oct. 10-13.

McAuliffe’s current ad that’s running in heavy rotation across Virginia uses visuals of the deadly Jan. 6 insurrection at the U.S. Capitol by right wing extremists trying to upend congressional certification of Biden’s Electoral College victory over Trump, and of the white supremacist protests and violent clashes in Charlottesville, Virginia, in the summer of 2017 that grabbed national attention.

The spot uses then-President Trump’s controversial comments during the Charlottesville violence that “you also had very fine people on both sides.” The ad then cuts to Youngkin saying he was “honored to receive President Trump’s endorsement.”

The commercial also spotlights Trump’s repeated unfounded claims that the 2020 presidential loss to Biden was due to massive “election fraud,” followed by a clip of Youngkin saying “let’s just audit the voting machines.”

And McAuliffe took to Twitter on Monday to once again stress that “we must stop the Youngkin-Trump agenda before it’s too late.”