Fmr top US general in Afghanistan gets 'well done' upon return, as Taliban take key border post with Pakistan 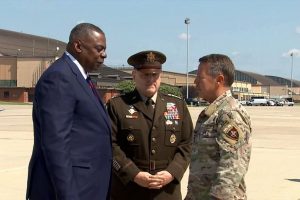 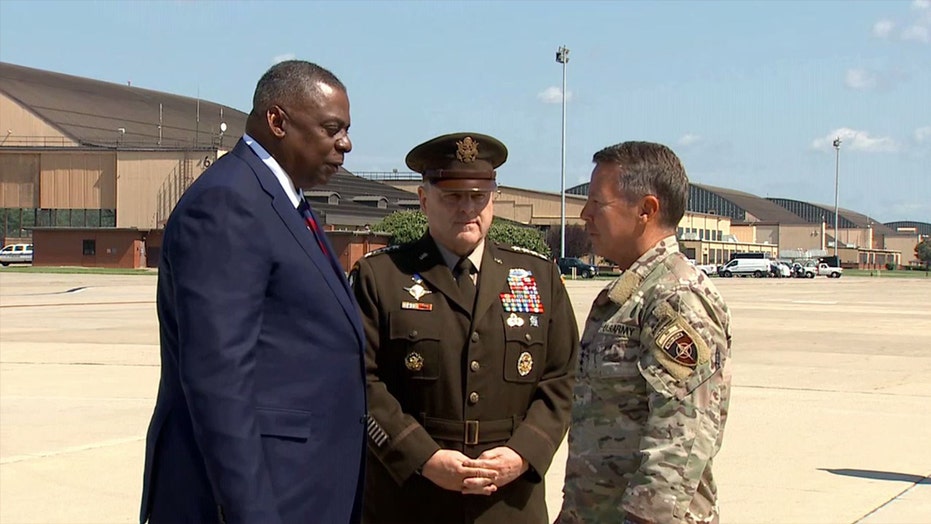 Top US General receives pat on back, ‘well done’ after leaving Afghanistan

Gen. Austin Scott Miller lands at Joint Base Andrews after leaving post as commander of troops in Afghanistan

Gen. Austin Scott Miller, commander of American and NATO forces in Afghanistan, arrived home in the U.S. on Wednesday to a congratulatory reception, as the Taliban’s momentum grows in the wake of the American withdrawal from the country.

Miller, who stepped down from his post on Monday in Kabul, was received by Secretary of Defense Lloyd Austin and Chairman of the Joint Chiefs of Staff Gen. Mark Milley at Joint Base Andrews. Both men greeted Miller with handshakes and pats on the back.

Meanwhile, the Taliban claims to have seized a strategic border crossing with Pakistan. This was after they pushed the Afghanistan government’s forces out of several districts and took control of various weapons and military vehicles in the process.

Former President George W. Bush, in a rare comment on a sitting president’s decisions, called the withdrawal a “mistake” and warned that the consequences will be “unbelievably bad.” Bush first sent troops to Afghanistan following the terrorist attacks on Sept. 11, 2001.

“This is a mistake,” Bush said in an interview with German broadcaster Deutsche Welle. “They’re just going to be left behind to be slaughtered by these very brutal people, and it breaks my heart.”

The White House has acknowledged that there was no “mission accomplished” for the U.S., but that President Biden does not believe the conflict can be solved militarily.

Miller has warned that increasing violence seriously hurts Afghanistan’s chances of finding a peaceful end to decades of war.

Miller also warned of a possible civil war as U.S.-allied warlords have been resurrecting their militias in an attempt to stop the Taliban surge.

Fox News’ Brroke Singman and Marisa Schultz, and The Associated Press contributed to this report.