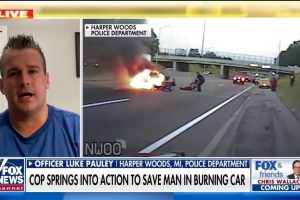 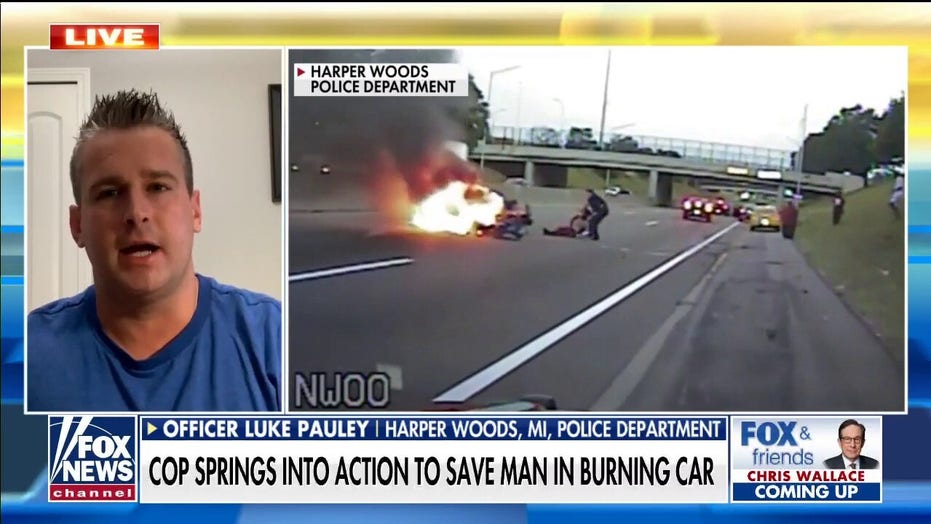 The former police chief spoke about his journey to becoming a Republican and his past role in law enforcement at the birthplace of the GOP on the party’s 167th birthday before reminding Whitmer that neither Michigan nor the U.S. has a king.

“Please listen to me, Gov. Whitmer: America isn’t a monarchy,” Craig said, eliciting applause from the crowd. “We aren’t ruled by kings and queens; we ended that back in 1776.”

In his speech, which was Craig’s first since retiring in June, the former chief touted his pro-life and pro-Second Amendment stance, informing the crowd that he was carrying a gun with him at the podium and that he would continue to carry until he dies.

Craig also spoke about his heroes – President Abraham Lincoln, Frederick Douglass, Sojourner Truth and Booker T. Washington – and how he will work to support law enforcement and the military.

The former chief also blasted the Democratic Party, saying Democrats want “to defund our police, open up our borders to criminals and silence dissenting voices.”

“I will never back down to liberal woke-ism and I’ll always stand up for what’s right despite intimidation and resistance from the woke mob and their Hollywood allies,” Craig said.

Craig blasted Democratic leaders for pushing a “victimhood mentality” and pointed out that the Democrats are following the lead of radical progressives like Reps. Maxine Waters, D-Calif., and Rashida Tlaib, D-Mich.

“Let’s be real: today’s Democratic Party isn’t the party it used to be,” Craig said. “The leaders kowtow to Rashida Tlaib and Maxine Waters.”

“Rashida Tlaib is not our state’s future,” Craig added. “Maxine Waters is not our country’s future.”

The chief has seen support from another potential candidate, as well. Businesswoman Lena Epstein spoke in support of a potential run for the governorship by Craig in a Wednesday email to Fox News.

“Chief James Craig understands what it takes to keep our communities safe as a successful law enforcement official, including 8 years as the Chief of Police to the City of Detroit, where he built tremendous inroads between law enforcement and the community,” Epstein said.

Michigan Democratic Party spokeswoman Rodericka Applewhaite fired back at Craig in an email to Fox News on Wednesday, saying the party was “impressed” at how Craig could speak of “monarchies with a straight face” with the controversies surrounding Michigan GOP party leaders.

“For someone who party insiders are trying to crown as their nominee despite a packed GOP primary, we’re impressed James Craig could talk of monarchies with a straight face while backed by Republican leaders like MIGOP co-chair Ron Weiser, who just paid a record fine to the state for attempting to buy an election, and his counterpart Meshawn Maddock, who has called for Michigan to secede and tried to overturn the 2020 election,” Applewhaite said.

“Craig can rattle off whatever lines his consultant picked. It won’t negate the fact that Gov. Whitmer continues to put Michiganders first,” she added. “Right now, she’s leading a bipartisan effort to deliver an historic investment in public schools – without raising taxes.”

Whitmer has been plagued by scandals throughout her governorship, including controversies surrounding the number of nursing home deaths in the state due to COVID-19 and the secret trip to Florida she lied about.

Craig’s name has been floated as the potential GOP nominee for governor, but he has not formally announced his campaign yet.