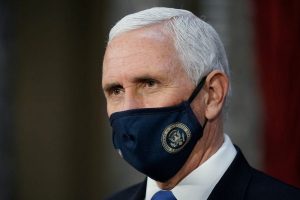 Former Vice President Mike Pence underwent surgery on Wednesday to implant a pacemaker, according to a statement from his office.

Pence had been experiencing symptoms related to a “slow heart rate” over the past two weeks, resulting in the procedure, which took place at Inova Fairfax Medical Campus in Falls Church, Virginia.

The surgery was “successful” and Pence “is expected to fully recover and return to normal activity in the coming days,” the statement said on Thursday.

A pacemaker is a small device installed in an individual’s chest to help regulate the heartbeat. On the 2016 campaign trail, Pence disclosed his medical diagnosis of an asymptomatic left bundle branch block.

“I am grateful for the swift professionalism and care of the outstanding doctors, nurses and staff at Inova Heart and Vascular Institute,” Pence said in the statement. “My family has been truly blessed by the work of these dedicated healthcare professionals.”

Since leaving office in January, Pence has largely kept out of the national spotlight. In February, he revealed plans to launch a conservative podcast. The former vice president is also rumored to run for president in 2024.