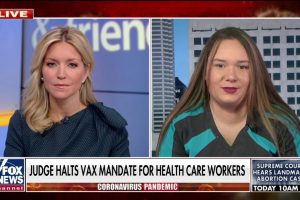 Alabama Gov. Kay Ivey has penned a letter to the Occupational Safety and Health Administration, warning that President Biden’s COVID-19 vaccine mandate for companies with more than 100 employees will have a negative impact on the Yellowhammer State’s economy.

In the letter, which was sent to Assistant Secretary of Labor Douglas Parker on Friday, Ivey urged OSHA to not adopt its COVID-19 Vaccination and Testing Emergency Temporary Standard (ETS) as a “final standard or rule” as she claims the ETS is “misguided” and that any standard based off of it would be a “mistake.” 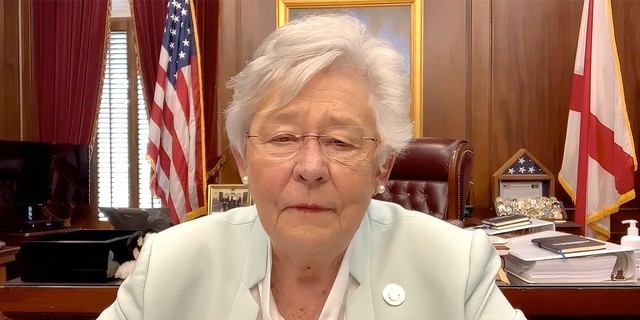 While voicing her opposition to the vaccine mandate, which is facing numerous court battles, Ivey urged OSHA to discontinue the mandate “sooner, rather than later” as it increases “vaccine skepticism in Alabama” and continues to “disrupt the State’s economy.”

She also stated she believes a final standard based on the ETS could be “harmful to businesses in Alabama” as “significant percentages of Alabama’s workforce have not received at least one dose” of the vaccine.

“Given all the efforts to educate and persuade Alabamians of the vaccine’s safety and effectiveness, I can only conclude that many Alabamians have profound – and sincere – medical, religious, or other reasons not to take it,” Ivey wrote. “I believe that enforcement of the ETS may lead many Alabamians to quit their jobs and leave the workforce – in the middle of a substantial labor shortage, no less – or to seek work at businesses not covered by the mandate.” 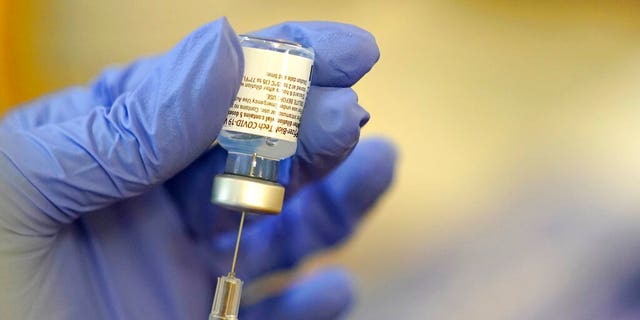 Ivey continued, saying that “disruption would interrupt people’s careers and threaten their livelihoods and the well-being of their families” and could “damage the productivity and bottom lines of businesses statewide.”

“If a federal court strikes down the ETS, well and good,” Ivey wrote. “If not, I ask that OSHA not continue its provisions under a final standard. The economic damage likely would be great. Ending the provisions sooner rather than later could lessen the damage likely to be caused by them.”

Ivey has maintained that she believes COVID-19 vaccines should not be forced on Americans by the federal government. Last May, she signed into law legislation which bans the use of vaccine passports in the state, saying then that she is “supportive of a voluntary vaccine.” 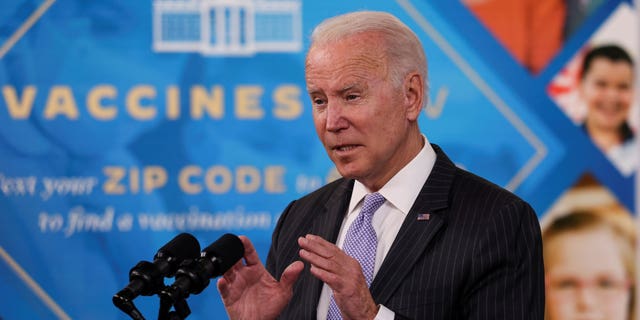 President Joe Biden delivers remarks on the authorization of the coronavirus disease (COVID-19) vaccine for kids ages 5 to 11, during a speech in the Eisenhower Executive Office Building’s South Court Auditorium at the White House in Washington, U.S., November 3, 2021.
(REUTERS/Evelyn Hockstein/File Photo)

“Alabama is standing strong in our fight against the overreaching, un-American Biden vaccine mandates,” Ivey said in a statement Friday. “President Trump said it well in an interview yesterday morning. The Biden Administration is driving distrust and anxieties about this vaccine.”

Ivey also stated that Americans “should never have to choose between getting this shot and putting food on the tables for their families” and vowed to continue “fighting these mandates every step of the way.”

In October, Ivey signed Executive Order 724 which prevents any agency, department, board, commission, or other state entity from imposing penalties on businesses that are not in compliance with the federal vaccine mandate.