Home » Politics » Greg Gutfeld: When Democrats are in charge, they can get away with anything

Greg Gutfeld: When Democrats are in charge, they can get away with anything 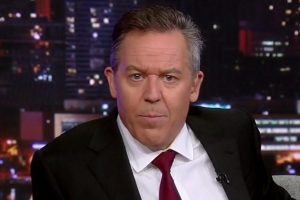 Gutfeld: Forgive us if we actually care about Biden’s corruption and collusion

A new report claims that Hunter Biden shared bank accounts with his dad. Which might be the least harmful thing Hunter could share with his dad. But still, it’s nuts.

Think about it: the VP shared a bank account with Hunter, that’s like sharing a blow-up doll with Charlie Sheen. No disinfectant will save you. Just burn it all down.

Normally this might be big news – but Biden’s last name is Biden, not Trump. And the media only responds to corruption when it’s involving an orange Republican with a hot wife. And even then, that corruption doesn’t have to be real.

But this latest news means the president must become part of the FBI investigation into Hunter’s shady deals. If the government wants to go after rich people by tracking everything over $600 – then Hunter’s anonymous $75-grand checks should warrant some scrutiny.

Fact is – like my luxurious hair, the list of Hunter‘s outrageous indiscretions keeps growing. But when there’s a Democrat in charge, with a Democrat media, you can get away with anything. Except telling the truth. From Ted Kennedy’s driving, to Ilhan Omar’s husband and or brother – it’s all water, and bodies, under the bridge.

I almost wish I was a Democrat. Why didn’t I become a Democrat? Why didn’t I work at CNN? Could you imagine what I could get away with? I could grab my producer’s butt, pal around with my corrupt governor brother, “accidentally” expose myself on Zoom, and still show up for work!

And I could also put ex-lax in Stelter’s Grande mocha lattes, all eight of them. Not that I would want that life. I prefer to keep my perversions where they belong – In the sauna room at planet fitness.

But Dems never need to worry about their sins. Hell, just as coach Gruden loses his job for racist comments in private emails, the media still gives a pass to Hunter for throwing around the “n-word” like he was Jimmy Kimmel in a Snoop Dogg skit. So, why was that okay? Well, when your last name is Biden – everything is.

If you’re Hunter- you can make six figures for paintings that look like an old Janis Joplin tie-dye t-shirt that James Taylor threw up on. These are paintings where he uses a straw coming from his mouth, not his nose, for once. Still, his paintings literally blow. 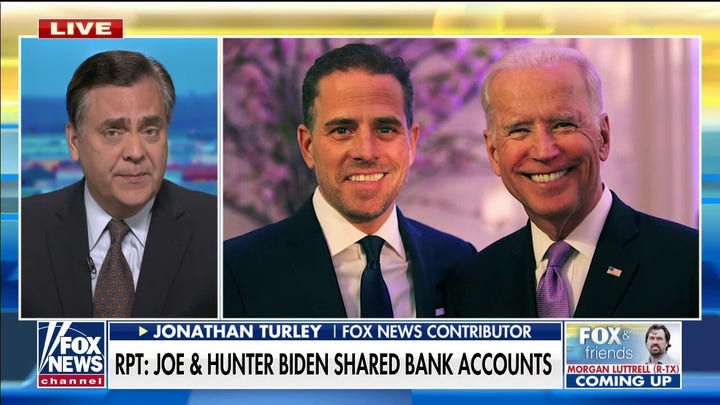 And what if you bring this up to the White House?

Reporter: I was hoping you could say if the white house knows who purchased the five prints and whether there is indeed a departure to the arrangement that there would be anonymity here

Psaki: “I know this is your favorite topic, but it, again, it’s still is the purview of the gallerist. We still do not know and will not know who purchases any paintings. And the president remains proud of his son.”

“I know this is your favorite topic.” Yeah, forgive us if we actually do give a s*** about authentic corruption and collusion. But you go on and continue chasing down parents for criticizing mask mandates, you hack.

Meanwhile, as we told you yesterday, right before Hunter sold that crap, the gallery hosting him received a half-million in pandemic relief funds – far more than any other art gallery in similar circumstances.

Now why in hell does a gallery need all that green? To rent a room, to hire a half asleep security guard? To get a velvet rope to separate gawkers from the Rottweiler turd that is Hunter’s art? 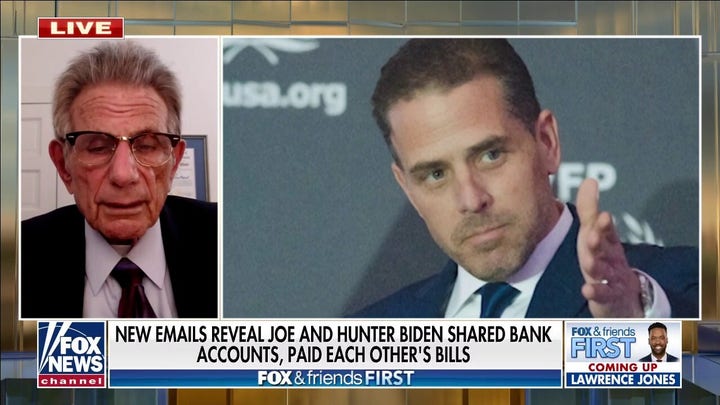 Meanwhile, all around the same town, businesses that have tons of employees are shut tighter than the botoxed skin on Joe’s forehead. Yet, Hunter’s gallery was saved by you and me – the taxpayer.

Talk about tax-funded abortions. But like Tyrus said – we all know people whose businesses have closed permanently thanks to the lockdowns. If only their dads had connections. Instead, those people are screwed with life under Joe. We’ve got worthless money, bare shelves and the elites who get special treatment. It’s like the Soviet Union without the great literature.

Meanwhile, we’re told that all of these so-called art transactions would remain anonymous – as if less transparency reduces the corruption. But that’s how we got a $3.5 trillion spending spree that costs zero. For them: ignorance is strength.

Anyway, how long before we find out that whoever bought those paintings is on some board for a company that pays their employees in bat meat? All of this is happening on the year anniversary of the Hunter laptop expose – a true scandal that revealed how Hunter had sold influence while his pop was VP – and that his dad knew it. Joe got more kickbacks than a horse proctologist.  Allegedly. But much like my latest unicorn tattoo, the story would not see the light of day. Media, the Dems and big tech buried it in order to change an election. 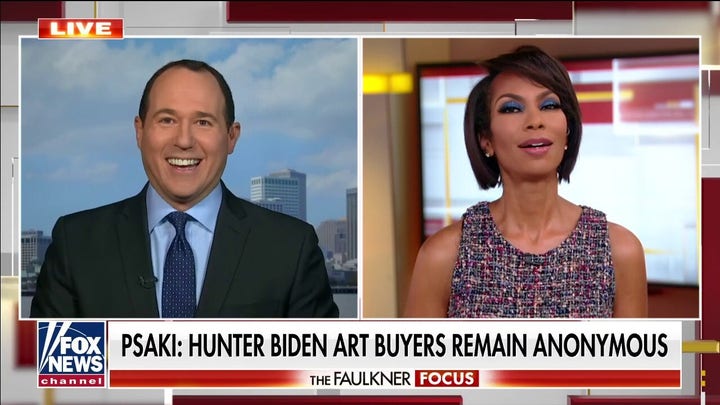 Wonder what his dad has to say.

Tom Shillue: C’mon man. I keep hearing about some story that got buried—there was no story. You wanna hear a story, I’ll tell you a story. There’s an old saying in the art world, one man’s trash is another man’s treasure. I didn’t say that; you know who did? Cornpop, the meanest pirate on the high seas. But I cut him down with one of my karate chops.

And so as we live in a world where parents are targeted by the FBI for wanting to give their kids a decent education, Hunter enjoys a carefree life violating more laws than Kat at Oktoberfest. The regular people get screwed. The elites don’t.

That’s the lesson from Hunter. And maybe it’s not his fault. Don’t hate the player. Hate the game. Or you could hate both: cuz there is no game without players. But Hunter’s just another political crony living off connections, sponging off taxpayers, cruising from one grift to the next.

This article is adapted from Greg Gutfeld’s opening monologue on the October 13, 2021 edition of “Gutfeld!”