Home » Politics » Gregg Jarrett: Alec Baldwin may face these criminal consequences in the fatal shooting on his film set

Gregg Jarrett: Alec Baldwin may face these criminal consequences in the fatal shooting on his film set 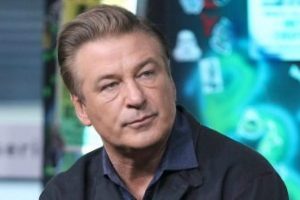 We often think of an accidental death as something happening by chance that was unintentional.

This would be a convenient way of explaining the tragic shooting death of cinematographer Halyna Hutchins on the New Mexico film set of the movie “Rust.” However, criminal law is rarely convenient. Nor is it simple.

Under New Mexico law this is defined as a death caused by the failure to exercise “due caution.” In other words, while it might have been an accident in the conventional sense, Baldwin could still be prosecuted and convicted upon a showing that he was reckless or grossly negligent.

If Baldwin was merely a hired actor who simply followed directions on the set by relying on the assurance of the assistant director, there would be insufficient evidence to support an involuntary manslaughter charge against him. He would not be culpable at all under the law. But this was not the case during the shooting of the film.

Baldwin served as an on-location producer for the movie. The terms of his contract are not known.

Nevertheless, his additional role may have imposed upon him an affirmative duty of supervision for many aspects of the production, including some responsibility for the safety of the crew.

If he had any reason to believe that there was a problem that might jeopardize the lives of individuals on set, he had a legal obligation to take steps to ensure their safety and security. 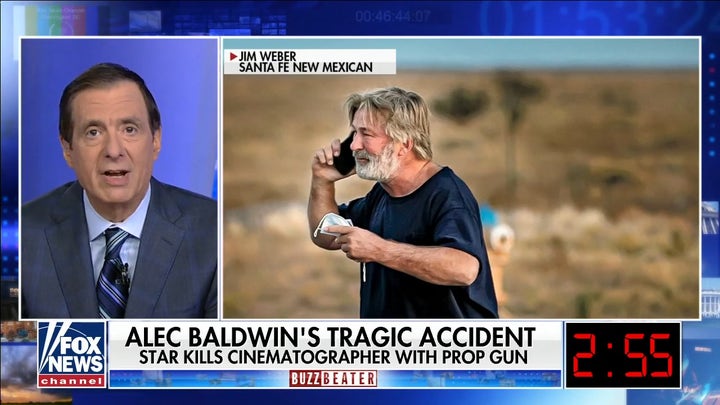 Three former members of the film’s crew have reportedly stated that there were at least two accidental gun discharges on the set just days before the fatal shooting. These dangerous occurrences allegedly resulted in a complaint to a supervisor about safety practices on the set. This means that a repeat incident was entirely foreseeable. Was an investigation immediately conducted? Was the filming suspended until the problems were resolved? The answers are, so far, unclear.

If it can be shown that Baldwin, as a producer, knew or should have known about inherently unsafe conditions involving firearms and, thereafter, failed to take corrective action to remedy the danger, he could arguably be held culpable under the law of manslaughter.

Even if Baldwin was unaware of the prior gun mishaps, a prosecutor could effectively argue that a responsible producer would have put procedures in place to make sure that such vital information was conveyed to him in his executive capacity overseeing the filming while on the scene.

Failure to do so would constitute the kind of recklessness or negligence the law forbids. An increase in responsibility for a production carries with it an increased duty to protect employees.

Criminal charges have been brought before against executives of movie productions. In 1982 during the filming of “Twilight Zone: The Movie,” actor Vic Morrow and two child actors were killed while shooting a harrowing helicopter scene. The director and several production managers were charged with involuntary manslaughter and later acquitted by a jury.

The outcome notwithstanding, that seminal case represents a chilling reminder that so-called “accidental deaths” during Hollywood movie-making can still be prosecutable as crimes.

Culpability of the Armorer and Assistant Director

Much focus of the current law enforcement investigation is understandably directed at the person who was principally in charge of the firearm in question. In the county sheriff’s affidavit in support of a search warrant, she is identified as Hannah Gutierrez, who served as the film’s armorer. She also goes by the name of Hannah Gutierrez Reed. 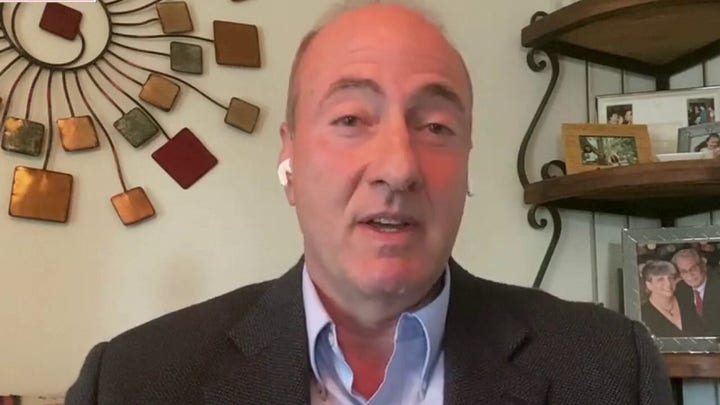 Typically, a licensed armorer is present on any set where guns are used. This individual is an experienced and trained operator of firearms who provides and maintains the weapons, handles and secures them, and loads them with blank cartridges containing hollow casings filled with gunpowder and wax or paper instead of a bullet. The armorer checks and double checks the gun to safeguard its use and never allows the weapon to leave his or her control.

Substantial questions have arisen about whether Gutierrez was sufficiently qualified for the important position she held on the set. In a recent podcast she raised self-doubt about her own skills when she revealed that she had only worked on one previous movie and was “really nervous” because “I wasn’t sure if I was ready.”

Gutierrez is reportedly 24 years old and the daughter of a well-known Hollywood armorer and stunt man.  She stated that she learned from her father and was otherwise self-taught but “still-learning.”

Is this the kind of person who should be placed in charge of dangerous instrumentalities on a movie set? Were producers negligent or reckless in hiring someone who was, by her own admission, a neophyte in the industry? Was safety sacrificed to save money in this low-budget production?

We can be certain that investigators and prosecutors will examine this pivotal aspect of the case. They will also consider the following narrative Gutierrez offered in the podcast:

“I think loading blanks is, like, the scariest thing to me because I was like, ‘oh, I don’t know anything about it,’ but, you know, he (my father) taught me that, and eventually by the time I was, like trying to figure out how to make a specific blank go when you want it to rather than it hitting, like the empty cylinders and everything – I figured that out on my own.”

Such an inarticulate and troubling statement may suggest to a prosecutor that the young armorer suffered from both an absence of experience and a lack of confidence in the proper loading of guns.

Equally disturbing was a description by Gutierrez of how she would use “dummy wads” (different than blanks) to replicate the exact appearance of real bullets inside a gun’s cylinder.  Is it possible that she failed to distinguish between the two and confused even herself when she loaded the gun that killed Hutchins? Was this a fatal but preventable mistake that would never have happened with a more knowledgeable and capable armorer?

Through her own words, Gutierrez may have unwittingly provided prosecutors with compelling and persuasive evidence of incompetence so severe that it might justify a charge of manslaughter based on recklessness and gross negligence.

The assistant director, identified as Dave Halls, who handed Baldwin the gun moments before the shooting, could also be charged if his conduct was criminally negligent. The warrant affidavit states that he removed the firearm from a prop cart on which Gutierrez had placed three guns, unaware that it was loaded with a live round.

On movie sets, standard safety protocols dictate that only the armorer handles prop guns and delivers them personally to the actors. Why did Hall, not Gutierrez, give the weapon to Baldwin? Why would any firearm be loaded with a real bullet and then left unprotected on a cart for someone to grab? What led Hall to conclude that there was no live ammunition in the gun? Did the armorer tell him that? Or was he misinformed by someone else?

These are all vital, yet unanswered, questions. But if Hall deviated from, or outright ignored, accepted safety practicest, he could be prosecuted for involuntary manslaughter.

It is also relevant that he was the subject of a previous complaint on a different movie set involving gun safety.

In New Mexico, murder is defined as a willful, deliberate or premeditated act causing death. It can also be an act that is “greatly dangerous to the lives of others, indicating a depraved mind regardless of human life.” 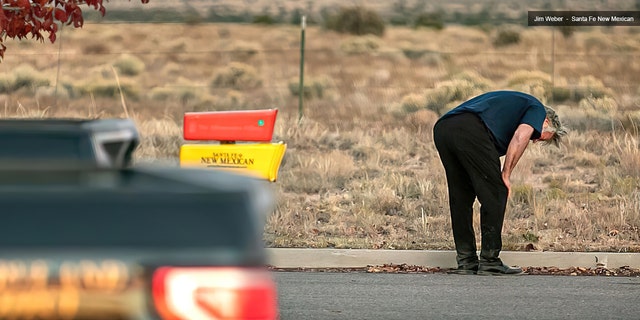 Law enforcement is trained to examine and exhaust all possibilities when investigating a human death. Regardless of likelihood, the chance that some malicious person surreptitiously substituted a real bullet for a blank casing in the gun will surely be explored.

There is some justification for looking in this direction, if for no other reason than to discount it as a remote possibility.

It has been widely reported that there was labor unrest during the filming of “Rust.”

Complaints involving working conditions, compensation and safety are said to have led to grievances, as well as union crew members walking off the set in anger and protest. They were then replaced by non-union people. The fatal shooting occurred shortly thereafter.

Therefore, sheriff investigators have an obligation to rigorously search for and scrutinize any evidence that might suggest that a disgruntled worker with a motive to harm someone – anyone – may have sabotaged the gun that was used.

This would, of course, transform the case into a murder investigation.

Criminal charges aside, there will almost certainly be civil litigation for money damages arising out of the horrific shooting at Bonanza Creek Ranch.

The bereaved family of Halyana Hutchins has an exceedingly strong case in any wrongful death action filed against just about everyone associated with production management and the direct events, including Alec Baldwin.

The standard of negligence in a civil case is lower than the legal requirements in a criminal manslaughter charge. And the burden of proof is also substantially reduced. This kind of tragedy simply does not occur without obvious and presumptive negligence.

If the case is not settled out of court, compensatory and punitive damages could easily result in a judgment of tens of millions of dollars.

If any good can come from this sad story, it is an improvement in safety protocols or, preferably, the outright abolition of authentic guns loaded with blanks used on movie sets.

Already the executive producer of ABC TV’s “The Rookie” has announced that real firearms will no longer be used as props on his set effective immediately. A select few movie producers in Hollywood previously banned such weapons. More may do so now. And why not?

Today’s digital technology can produce the same visual and audio effect without the lethal danger. Unfortunately, it is now too late for Halyna Hutchins and the husband and young son she leaves behind.