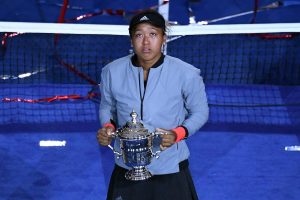 How is his “condition”?

The father of a young man I was treating for multisystem organ failure asked me that, putting emphasis on the last word. As the patient’s hospital doctor, I began explaining the status of his liver and kidney failure. No, no, he begged of me, what about his “condition?”

It took me a moment to realize that the condition he was referring to was depression. The 24-year-old had intentionally overdosed on household pills in an effort to take his own life. The father had no idea that his son was struggling with depression, and in fact, mental health was never talked about before in their home. My patient had told me he never felt he could open up to his family before.

The stigma and secrecy of mental health issues need to change.

Recently, more public figures have been opening up about their struggles. This is surprising and encouraging. Naomi Osaka, for example, the world’s second ranked tennis player, just withdrew from the French Open this week, publicly announcing that this was because of her depression and social anxiety from media appearances.

Osaka, a young athlete at the top of her game, who was expected to go far and possibly pick up her 5th Grand Slam title, not to mention a large payday, gave it up to focus on her own mental health. What a statement. There are several other wealthy and privileged people making analogous open disclosures of their mental health struggles, including Prince Harry, Duchess Meghan and Dwayne “the Rock” Johnson.

Why is this important? Why should we care if athletes and celebrities are announcing their private struggles? Because we need to normalize the conversation. I applaud this public concerted effort to erase the shame and silence around depression, anxiety, and mental health conditions.

More: Tennis authorities violated law and human decency by forcing Osaka out of the French Open

My patient in the hospital felt he couldn’t talk to anyone about his struggles, and indeed, his father could not even utter the word “depression.” It just wasn’t talked about in their family. And it is not talked about in many families across the nation.

This is a disservice. It was a disservice to my patient whose loneliness and isolation built up so much and felt his only escape was to end his life. It is a disservice to the estimated 17.3 million Americans who have had a major depressive episode and millions more with an anxiety disorder.

Someone you know may be depressed

And like with most things COVID-19 related, the pandemic only made it worse. According to a study by the Journal of American Medicine, the prevalence of those expressing depressive symptoms tripled in 2020.

The numbers are astoundingly high, and chances are you may have someone in your life who is suffering. But you may not know that if no one is expressing it out loud. Help can only start if depression and mental health problems are acknowledged.

This is why it is vital to get the conversation out in the open without shame or stigma, whether it’s from athletes forgoing tournaments, celebrities giving interviews, or a son sitting down with a father to tell him why he’s been so withdrawn lately. Open the lines of communication before it is too late.

Thomas K. Lew, MD, is an assistant clinical professor of Medicine at the Stanford University School of Medicine and an attending physician of Hospital Medicine at Stanford Health Care – ValleyCare. All opinions expressed here are his own. Follow him on Twitter @ThomasLewMD