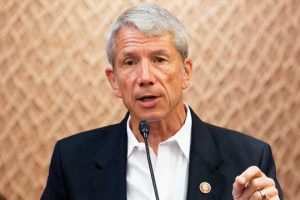 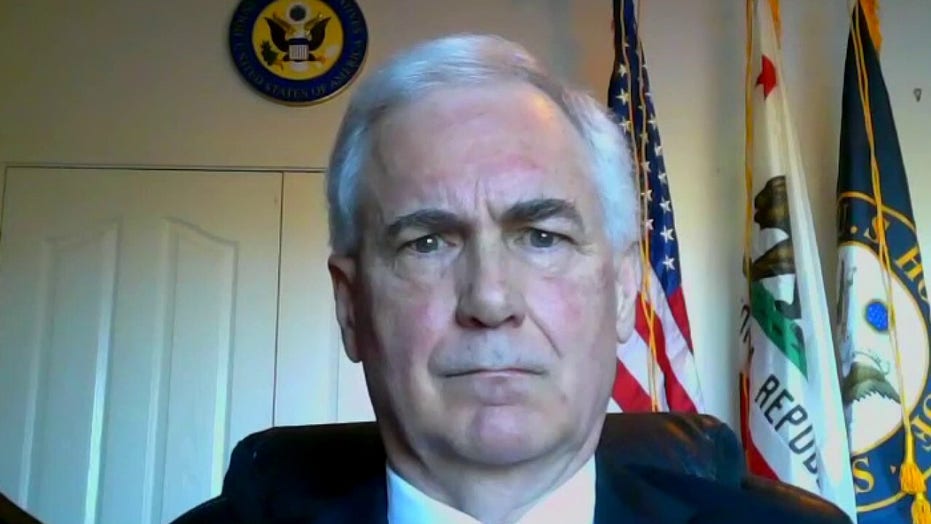 Impeaching Trump would be a ‘vindictive act’: Rep. McClintock

An Oregon Democrat is apologizing for likening a second impeachment of President Trump to a "lynching."

Rep. Kurt Schrader, D-Ore., immediately caught heat for leaked comments he made during a private phone call with House Democrats Friday about impeachment and the Capitol riot.

While there appears to be broad consensus among House Democrats that Trump shouldn't be allowed to serve out the final days of his presidency, Schrader on Friday told his Democratic colleagues that impeachment could backfire.

He called the impeachment effort an "old-fashioned lynching" that would tear the country apart, according to Politico.

"I don’t want to breathe life into the corpse of this president, I don’t want him to become a martyr," Schrader added.

"Comparing the impeachment of a treasonous President who encouraged white supremacists to violently storm the Capitol to a 'lynching' is shameful and indefensible," the company tweeted.

PELOSI SAYS SHE SPOKE TO GEN. MILLEY ABOUT PROTECTING NUCLEAR CODES FROM TRUMP

"Our nation has an unforgivable history of murdering Black men and women," Bonamici told Oregon Public Broadcasting. "Comparing a lynching to holding the president accountable is hurtful and insensitive, and ignores the overt White supremacy on display during the insurrection Wednesday." 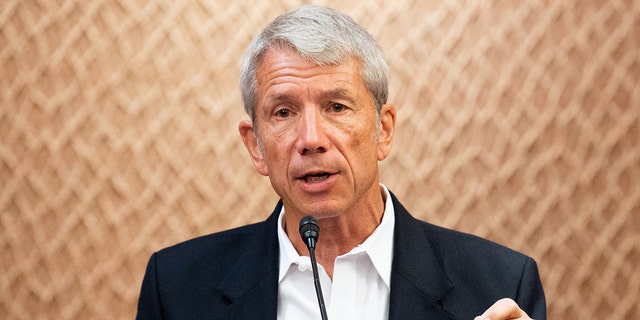 U.S. Representative Kurt Schrader (D-OR) speaking at a press conference sponsored by the Problem Solvers Caucus and the Common Sense Coalition to announce "principles for legislation to lower prescription drug prices" at the US Capitol in Washington, DC. (Photo by Michael Brochstein/SOPA Images/LightRocket via Getty Images)
(Getty Images)

Later Friday, Schrader said he took responsibility for his language on the call with his Democratic colleagues.

"My words were wrong, hurtful and completely inappropriate," Schrader said in a statement. "I sincerely apologize to my colleagues, constituents and friends for the pain I caused."

He continued: "I recognize the horrible historical context of these words and have started to reach out to my colleagues personally to express that I understand the harm caused. I will work hard to rebuild trust and again, I humbly apologize."

Schrader is a more moderate Democrat who most recently broke with his party, and was one of two Democrats to vote against the $2,000 stimulus checks. He voted to impeach Trump the first time over foreign interference in the 2020 elections.

House Democrats are expected to introduce a new impeachment resolution on Monday that accuses Trump of "incitement of insurrection."

The four-page resolution states that Trump engaged in high crimes and misdemeanors by "willfully inciting violence against the government of the United States."

The resolution also calls out Trump for his Jan. 2 phone call with Georgia Secretary of State Brad Raffensperger where he urged the election official to "find" enough votes to overturn President-elect Joe Biden's win in the state — and appeared to issue subtle threats if Raffensperger failed to do so.

Trump's actions warrant removal from office and "disqualification" to run ever again, the impeachment resolution states.