Home » Politics » Jonathan Turley: The left wants to shut down the Durham probe. It needs to continue

Jonathan Turley: The left wants to shut down the Durham probe. It needs to continue 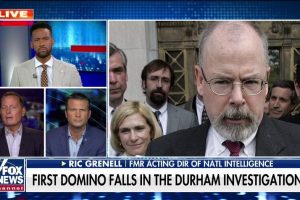 In Washington, there is no greater indication of wrongdoing than the number of people denouncing efforts to investigate it. The “nothing to see here” crowd went into hyperventilation last week when Special Counsel John Durham indicted a former Clinton campaign lawyer, Michael Sussmann.

Legal experts who spent years validating every possible criminal charge against Donald Trump and his associates are now insisting that Durham needs to end his investigation. The Washington Post heaped ridicule on Durham despite an indictment detailing an effort to hide the connection of the Clinton campaign and a concerted effort to push false Russian collusion claims.

Keep in mind that Durham was ordered to investigate the origins of the Russian investigation, including claims that those origins were unlawfully concealed or knowingly false. The Sussmann indictment involves both issues after he allegedly pushed a false allegation of collusion and then hid the fact that he was working for the Clinton campaign.

I have been writing about the expected pushback to end Durham’s investigation and particularly oppose the release of his report. Right on cue, the Post responded with a bizarre editorial that suggested Durham should just stop immediately.

Durham has been praised as an apolitical career prosecutor by both Democrats and Republicans. Nevertheless, Democrats have long denounced the investigation, even as they demanded full support for Robert Mueller’s investigation into the Russian collusion claims.

It is the methodical reputation of Durham that makes him so dangerous. He is known for dogged pursuit of wrongdoing and no on has ever claimed that he is political or biased. I have referred to his investigation as an “eephus,” a slow pitch, due to the impact of the pandemic and his decision not to move publicly before the election.

Ironically, before the election, Democrats demanded that Durham slow down or stop any action. Mueller top aide, Andrew Weissmann, even called on prosecutors and investigators to refuse to assist Durham before the election. In reality, Durham decided that he would not act before the election even though it further delayed his investigation. Now the Washington Post and others are chastising him for waiting so long.

Take Randall Eliason, who is quoted by the Post in another piece as dismissing such an indictment as “all Durham’s got” and adding “there are a lot of cases that could be brought but aren’t because they are so trivial.”

Nevertheless, Eliason told people to be patient and not get concerned with the “side show” of the indictments because Mueller was finally proving Russian collusion.

For its part, the Post editors ran a mocking editorial entitled “John Durham’s zombie Russia investigation produces an iffy indictment. Is this all there is?” The editorial focused on the fact that Sussmann is charged with just one count of lying to federal investigators under 18 U.S.C. 1001.

Judging from the alarm at the indictment, Durham has every reason to finish his work.

That provision is the classic charge for Washington scandals. It is usually not the original scandal but the coverup that gets people into trouble in Washington. What makes the indictment so significant is not the charge but the narrative – the very point that Mueller supporters noted when he brought the same charge against Trump figures.

However, the editors only refer to Sussmann allegedly lying to conceal his “associations.” It does not discuss the details of how he allegedly lied to conceal the role of the Clinton campaign in spreading these false rumors and getting FBI insiders to push for an investigation.

Even by D.C. standards, the contrast is astonishing. In 2018, the Post slapped back on those who were demanding that Mueller wrap up his investigation and questioning the lack of charges linked to the original Russian collusion allegations. (Ultimately Mueller found no proof of such collusion.) At the time, the Post demanded that we “should make clear that he will be given such time as he needs to complete his investigation.” 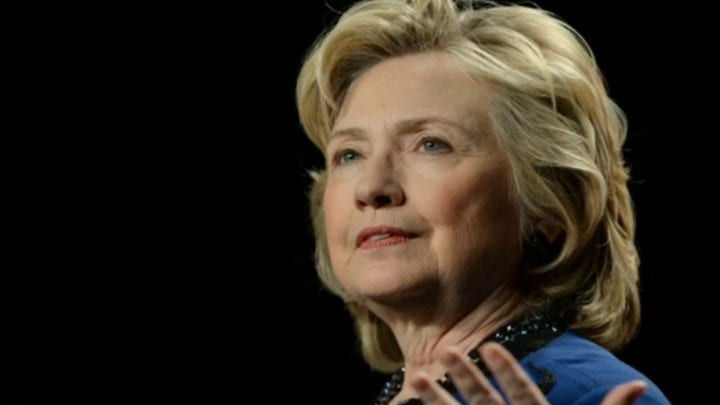 Now in 2021, the Post is mocking Durham for taking so long despite earlier demands that he slow down for the election. The Post states conclusorily that this is not as serious as the charge against Michael Flynn because Flynn lied about his connections to the Russians, which was central to the Mueller investigation. It then states that “the consequences of Mr. Sussmann’s alleged lie are minimal by comparison.”

The Post was not so skeptical or mocking in heralding similar charges against figures like attorney Alex van der Zwaan and adviser George Papadopoulos. They also were charged with single counts under 18 U.S.C. 1001.

One line also stands out: “The danger of special counsel investigations is that, given unlimited time and resources, they often find some bad action tangentially related to their original inquiry that may have had little or no substantial negative impact.” 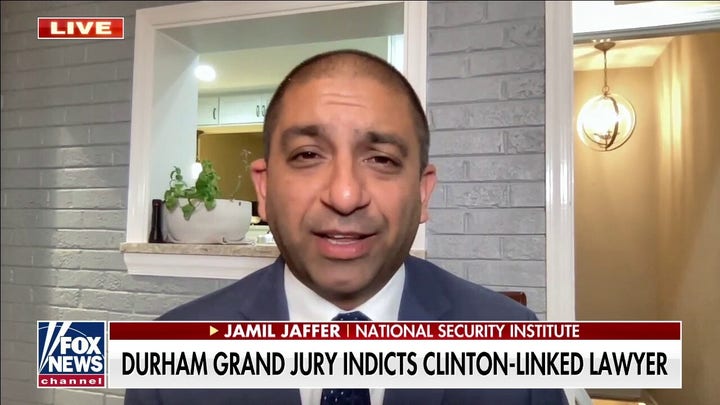 The objection is almost comical given the Post’s editorials supporting Mueller, who never found that the Trump campaign colluded with the Russians. Instead, virtually all of the charges were for lying to investigators or entirely unrelated charges. Papadopoulos spent of all 14 days in jail. Van der Zwaan spent 30 days.

There was no concern over “tangential” or entirely unrelated charges when Mueller nailed a California man who ran a website selling dummy bank accounts to eBay and Facebook, Richard Pinedo, for identity theft. Sam Patten pleaded guilty for failing to register as a foreign agent. Michael Cohen was charged with various financial crimes related to his taxi medallion business and other personal matters, as well as a campaign-finance violation related to a stripper’s alleged affair with Trump.

None of those charges led the Post and others to object to a drifting investigation. Instead, experts praised Mueller for using such charges to pressure possible witnesses.

Judging from the alarm at the indictment, Durham has every reason to finish his work. While many of the actors are now beyond the reach of charges due to the statute of limitations, he is preparing a report that could answer many questions on how the Russian investigation began.

Yet, like Trump’s demanding the end of the Mueller investigation, the calls to stop Durham only deepen suspicions. As I said in opposition to Donald Trump’s attacks on Mueller, there is a point where you “doth protest too much.”

Just as I supported the appointment of a Special Counsel on Russian collusion and his finishing his work, the same is true here. Even if there are no more indictment, Durham would at a minimum bring clarity about what happened – which is precisely why many want him to stop immediately.