Home » Liz Cheney is set to be removed from her post as House GOP Conference chair. What does the chair do?

Liz Cheney is set to be removed from her post as House GOP Conference chair. What does the chair do? 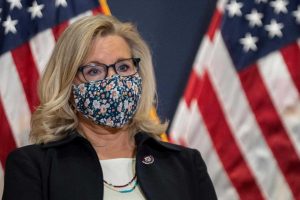 WASHINGTON — Rep. Liz Cheney, R-Wyo., an outspoken critic of former President Donald Trump and the third-ranking House Republican, is set to be removed from her leadership position by conference vote on Wednesday.

Cheney, who is one of the 10 Republican House members who voted to impeach Trump over his alleged role in inciting the deadly Jan. 6 Capitol riot, has served as the chair of the House Republican Conference since 2019, under House Minority Leader Kevin McCarthy, R-Calif.

Trump and his allies have thrown their support behind Rep. Elise Stefanik, R-N.Y., to be Cheney’s replacement. Stefanik’s profile within the party rose during Trump’s first impeachment proceedings in 2019 due to her vehement defense of the former president, though her voting record is not as closely aligned with Trump’s priorities as Cheney’s has been.

What does the House Republican Conference chair do?

The conference also approves committee assignments and elects House party leadership. It produces daily legislative materials distributed to members and is responsible for communicating to members what the party’s message is.

Republican Rep. Liz Cheney has been making waves since she voted to impeach former President Trump.

Who is Liz Cheney?: House Republicans’ No. 3, daughter of a VP, Trump critic

According to the House History, Art and Archives site, there was no documented evidence of any formal chair for Republican organizations before the 38th Congress between 1863 and 1865.

The House Conference chair is the third-ranking Republican, behind minority leader McCarthy and Republican Whip Steve Scalise, R-La. There are also a vice chair, currently Rep. Mike Johnson, R-La., and a secretary, Rep. Richard Hudson, R-N.C., of the conference.

Cheney was elected to the conference chair position in November 2018 by her fellow Republican members of Congress.

Cheney avoided another attempt to remove her from leadership in February just after her vote to impeach Trump and statements blaming him for the riot, but this time around there is more pressure from Republican lawmakers to see her gone.

“The House GOP has a massive opportunity to upgrade this week from warmonger Liz Cheney to gifted communicator Elise Stefanik,” Trump said in a statement on Tuesday.