Home » Politics » NY Post Editorial Board: Biden admin lying about how many illegal migrants it's welcomed

NY Post Editorial Board: Biden admin lying about how many illegal migrants it's welcomed 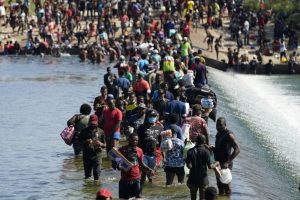 Rosendo Hinojosa, a retired Border Patrol agent, says it’s ‘hard to believe’ Biden officials don’t know how many migrants have been released into the country because every migrant apprehension and release is documented.

Team Biden is lying about our southern border – and trying to keep it secret from the American people.

Claiming the southern border is “not open,” Homeland Security Secretary Alejandro Mayorkas declared this week, “If you come to the United States illegally, you will be returned, your journey will not succeed and you will be endangering your life and your family’s life.”

The images coming from Del Rio, Texas, where Mayorkas spoke, told a different tale – one confirmed a day later when two U.S. officials with “direct knowledge” told the Associated Press that the administration has been releasing Haitian migrants into the country with 60-day notices to appear at an immigration office on, in the words of one, a “very, very large scale.”

Mayorkas, meanwhile, is playing dumb on the question. Twice this week – testifying in the Senate Tuesday and the House Wednesday – he refused to give even a “ballpark” estimate of how many of the 1.5 million illegal immigrants apprehended this fiscal year his department has released into the interior.

When an incredulous congressman Wednesday wondered why the secretary didn’t have an answer when he doubtless knew the question was coming, given he’d been asked the day before, Mayorkas complained, “I worked 18 hours.”

As the prez would say, “Come on, man.” These are basic numbers DHS surely compiles immediately; it wouldn’t take more than a minute to look them up.

But Team Biden doesn’t want anyone to know just how many migrants it’s let in. Except for progressive Squad-worshipers, Americans want immigrants to enter lawfully. And this administration knows it – that’s why Mayorkas, President Joe Biden and Vice President Kamala Harris all keep claiming the border is closed, while their actions render it a joke.

Every bit as much as the disastrous Afghan pullout, this is a crisis Team Biden created.

Indeed, Mayorkas only flew to Del Rio after Fox aired footage Friday (despite the Biden Federal Aviation Administration’s bid to stop aerial shots) of a constant stream of illegal migrants walking across the border with officials not even lifting a finger to stop them.

More than 10,000 sheltered under the Del Rio International Bridge in makeshift dwellings awaiting processing in “scenes of misery and squalor more common to Third World countries than a US border town,” as The Post’s Mark Moore put it. DHS didn’t start evacuation flights until Sunday – but “large numbers,” per another U.S. official, aren’t being put on them. 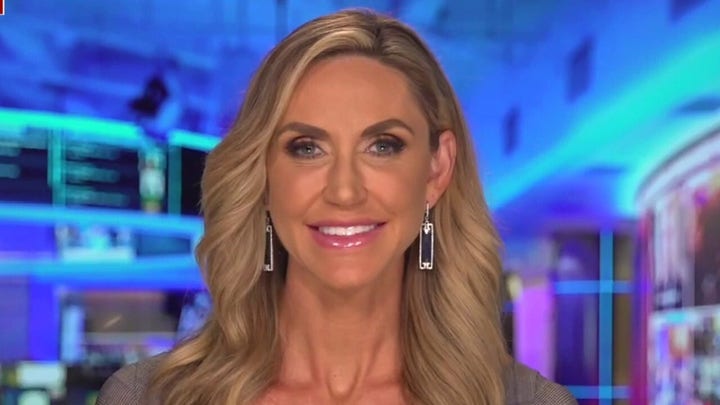 Biden himself caused those scenes of misery. The illegal flow across the southern border is at a 21-year high thanks to the open-borders message sent by his policies. And Mayorkas & Co. almost certainly knew large numbers of Haitians were on their way and did nothing to stop them.

“I received briefings and intelligence when a small group of the illegal aliens, of immigrants, were forming anywhere, whether that was Brazil, Guatemala, El Salvador, Honduras or Mexico,” Mark Morgan, acting Trump-era commissioner of Customs and Border Protection, told National Review’s Rich Lowry. Team Trump would move quickly to ensure even small caravans got stopped, lest they spread word the border was open. Morgan has “no doubt” Biden’s people “had information and intelligence about this and they ignored it.”

Team Trump also got Mexico to cooperate in discouraging illegal migrants. But with Biden in office, our neighbor has reportedly decided to tell massed groups of them to head north.

Every bit as much as the disastrous Afghan pullout, this is a crisis Team Biden created. And, yet again, its only “solution” is to play dumb and outright lie about how badly it’s continuing to bungle.