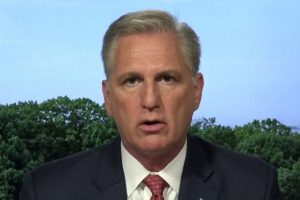 “We reiterate that the mob attacks on American Jews today are directly attributable to the rhetoric of Rep. Omar and those who stand with her within and beyond Congress,” the rabbis wrote. “To protect Jewish Americans and, moreover, safeguard the integrity of the House Foreign Affairs Committee, we thus insist upon the removal of Rep. Omar from her appointment.”

“Rep. Omar’s unfounded assertion that Israel committed ‘unthinkable atrocities’ by defending lives against an openly genocidal terror organization is not merely offensive, it is pernicious – for it is grounded in the blood libel and the calumny that Jews poisoned wells during the Black Death,” they wrote. “Without anything resembling a forceful response from the Democratic Party, tolerance of anti-Jewish hatred has proliferated.”

The rabbis said they had warned against putting Omar on the Foreign Affairs Committee in 2019 and accused her and her allies of “playing identity politics.” 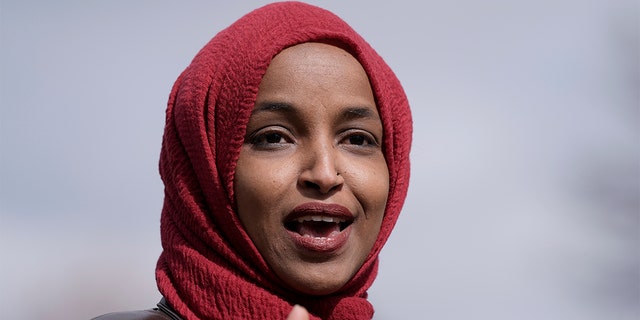 “When 12 Jewish Democrats in the House rightfully denounced Rep. Omar’s abhorrent bigotry, the Congressional Progressive Caucus stooped to playing identity politics, cravenly claiming that the motivation for the condemnation was opposition to Rep. Omar as a ‘Black, Muslim woman’ rather than her anti-Semitic animus,” they wrote.

A total of 212 American rabbis and 12 rabbis from overseas, including Canada and Israel, signed the letter sent by the Coalition of Jewish Values and its president, Rabbi Pesach Lerner. The letter pointed out that the group has also condemned a Republican, Georgia Rep. Marjorie Taylor Greene, for what they called “insensitive statements.”

Pelosi, D-Calif., said Friday that Democratic leadership won’t take further action against Omar over a controversial tweet that asserted the U.S. and Israel, like Hamas and the Taliban, were guilty of “unthinkable atrocities.”

Omar clarified her tweet after facing condemnation from both sides of the aisle and said she didn’t mean to equate the U.S. and Israel with the terrorist groups.

Pelosi was asked at a press conference on Friday if House leaders should take further action against Omar, who has a history of inflammatory remarks.

The speaker did not even let the reporter finish asking the question before answering in the negative.

“I think that she clarified her remarks and we accept that, and she has a point that she wanted to make and she has a right to make that point,” Pelosi said. “There’s some unease about how it was interpreted.”

“She made her clarification,” Pelosi added before moving onto the next question.