Home » Psaki snaps when asked why VP Harris had time to visit Chicago bakery but not border, 'she got a snack'

Psaki snaps when asked why VP Harris had time to visit Chicago bakery but not border, 'she got a snack' 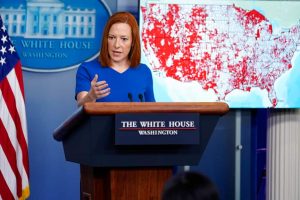 Where is Kamala Harris?

White House Press Secretary Jen Psaki got snippy with a reporter on Wednesday who questioned why Vice President Kamala Harris had time to visit a Chicago bakery amid the lingering border crisis she has been tasked to deal with.

The exchange between Psaki and New York Post reporter Steven Nelson came during a press briefing at the White House.

Nelson noted that although Harris has been put in charge of dealing with the border crisis, she has only spoken with the Guatemalan President and has yet to visit the border or Central America. He then mentioned how the vice president traveled to Chicago this week and took time to visit a bakery.

“Is she still working on this and can you address the perception that she’s kind of quietly backing off while Secretary Mayorkas is pursuing some Trump-era policies?” Nelson asked.

Psaki shot back that Harris was visiting Chicago to discuss COVID and the accessibility of the vaccine.

“And so, while she was there, like many Americans, she got a snack. I think she’s allowed to do that,” Psaki said. “But she was there to talk about COVID and play a role as she’s playing a significant role on our efforts to address vaccine hesitancy, communicate with the public about how we can do this and it’s imperative to get the vaccine when it’s available.” 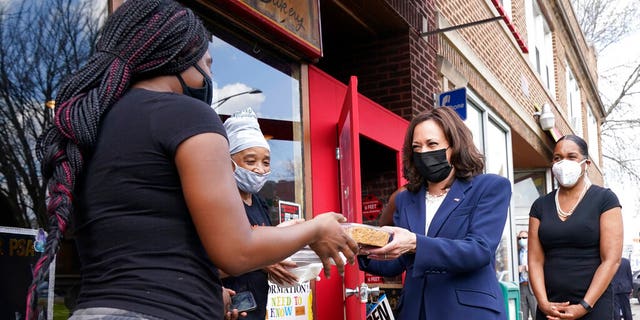 Harris was in the Windy City on Tuesday, where she toured a vaccination site that opened to union workers. She also visited Brown Sugar Bakery on the city’s South Side, where she met with owners and employees and came away with a piece of German chocolate cake.

She also flew into California on Thursday and stayed through Monday, just a few hours driving distance from the U.S.-Mexico border but also didn’t go to ground zero.

President Biden said last month that Harris has “agreed to lead our diplomatic effort and work with those nations to accept the returnees, and enhance migration enforcement at their borders.”

Harris made headlines late last month when she laughed while responding to a question from a reporter who asked if she would be visiting the southern border.

The vice president responded to the query with a “not today” before laughing. She went on to say that she had visited “before” and that she probably would go back.