Pratzel, whose office oversees the investigation of all complaints against lawyers in Missouri, said both crimes showed “indifference to public safety” and involved “moral turpitude” and warranted discipline, according to KCUR.

He recommended that the Supreme Court suspend their licenses indefinitely and not allow them to apply for reinstatement for six months. 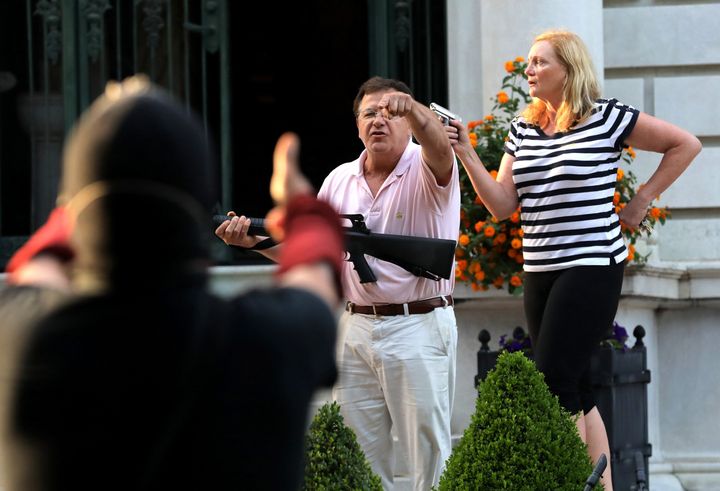 During the nationwide protests against police brutality and racial injustice last year ― sparked by the May 25, 2020, police killing of George Floyd in Minneapolis ― the couple drew widespread outrage, yet also praise from then-President Donald Trump and conservative Republicans, after they were pictured pointing guns at demonstrators moving through their gated community to reach the mayor’s home nearby.

Missouri Gov. Mike Parson (R) pardoned them both last month. Pratzel argued in his motion that although a pardon removes a person’s conviction, their guilt remains, KCUR reported.

Mark McCloskey was unapologetic and defiant even after pleading guilty to the misdemeanor charge. After being ordered in court to surrender the weapon he brandished at protesters, he showed off a new semiautomatic rifle on social media days later. He told reporters outside the courthouse that he would “do the same thing again” if another “mob” threatened “destroying my house and my family.”

However, an investigation determined that the protesters were peaceful, according to the special prosecutor assigned to the case, Richard Callahan.

Mark McCloskey, who endorsed Trump in a speaking slot at the Republican National Convention last year, announced in May that he’s seeking the Republican nomination for Missouri’s U.S. Senate seat. 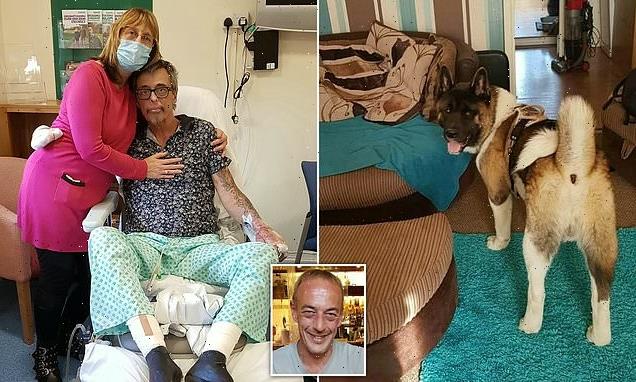