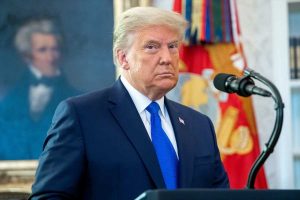 Donald Trump had a “direct and personal” role in the effort to pressure states to overturn their election results, Jan. 6 Committee Vice Chair Liz Cheney said Tuesday. Cheney added that former Trump attorneys Rudy Giuliani and John Eastman, who authored the infamous “coup memo,” also had a direct role in the effort.

Rep. Adam Schiff (D-Calif.) who will be leading much of today’s hearing, elaborated in describing how Trump pressured individual state legislators to get them to go back into session and declare him the winner, or to send two slates of electors to Congress so that Vice President Pence could choose the one declaring Trump the winner. It didn’t work, which led Trump’s team to try to fabricate fake slates of electors for states to send to Washington. “According to federal district Judge David Carter, President Trump and others likely violated multiple federal laws by engaging in this scheme, including conspiracy to defraud the United States,” Schiff said.

He added that Trump and others had “direct involvement in key elements of this plot, or what Judge Carter called ‘a coup in search of a legal theory.’”

The committee’s fourth hearing focuses on Trump’s effort to pressure state officials to overturn the results in their states. Brad Raffensperger, the Georgia secretary of state the former president told to “find” the votes necessary to give him the state, is testifying, as is Raffensperger’s deputy in charge of the state’s election systems, Gabriel Sterling. They are joined on the first witness panel by Rusty Bowers, the Republican speaker of the Arizona state House who has rejected Trump’s efforts to decertifying Biden’s win in the state.

Trump lashed out at Bowers ahead of the hearing on Tuesday morning, taking credit for his political career and claiming Bowers told him the election was rigged and that Trump won. Trump described Bowers as “the latest RINO to play along with the Unselect Committee.”

Bowers refuted Trump’s allegation on Thursday. He added that Giuliani told him they have a bunch of “theories” but no “evidence” of election fraud. Schiff then asked him if at any point anyone provided evidence that the election in Arizona was not legitimate. “No one provided me, ever, such evidence,” Bowers said.