Trump should focus on 2022 elections, not 2024, in CPAC address: Newt Gingrich 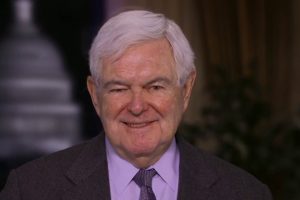 Trump, who is scheduled to address the annual gathering Sunday, will cast himself as the leader of the GOP and its “presumptive 2024 nominee,” Axios reported Monday. The former president is also expected to call out the 10 House Republicans who voted to impeach him in connection with the Jan. 6 Capitol riot, as well as the seven Republicans who voted to convict him, Axios claimed.

“Every Republican ought to be focusing on, ‘How do we make sure that [Rep. Kevin] McCarthy is the speaker of the House and that [Sen. Mitch] McConnell is the Senate majority leader?'” Gingrich told host Sean Hannity. “Let’s get through ’22. We’ll have lots of time to talk presidency after 2022.”

Gingrich added the address gives Trump the chance to “rebrand himself” after largely staying out of the public eye since President Biden’s inauguration.

“He has a wonderful opportunity here to … communicate the strength of his policies and do it in a way which is positive and appearing, and a dramatic contrast to the confusion … that seems to be the Biden standpoint,” he said.

Gingrich also called for the removal of security fencing that has enclosed Capitol Hill since the deadly Jan. 6 riot.

“I think it’s an insult to every American to be told that their politicians are so important that they’re gonna hide behind a wall while the rest of us are apparently in danger,” he said. “That’s the opposite of a free society, and I am very worried by the steady drift toward an authoritarian — and at times a totalitarian — government.”

“I think this is profoundly wrong,” Gingrich emphasized,” and that that wall should come down immediately.”