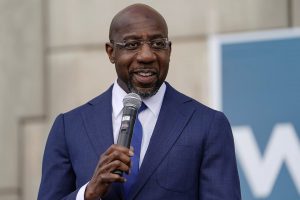 Sen. Raphael Warnock has been calling for gun control in recent weeks, despite his campaign spending over $100,000 on “security services” from a private security firm as recently as February.

The Georgia Democrat spent six-figures on private security— a luxury most Americans can’t afford — during his Senate campaign. Warnock has advocated for stricter gun control measures.

The company’s website says the group provides executive protection that comes with a “keen eye with a thorough knowledge of the venue through threat assessment” for its clients. Warnock’s campaign did not immediately respond to a request for comment on the payments. His campaign has dished out a total of $169,000 for its services since last fall.

During a “Meet the Press” interview, Warnock questioned Georgia’s state legislature on gun laws and asked how the “shooter was able to kill all of these folks the same day he purchased a firearm.”

The longtime pastor of the famed Ebenezer Baptist Church in Atlanta also told the NBC program that the Atlanta shooting “suggests a distortion in values when you can buy a gun and create this much carnage and violence on the same day, but if you want to exercise your right to vote as an American citizen, the same legislature that should be focused on this is busy erecting barriers.”

Warnock has a long history of deriding and speaking out against legislation in support of Americans owning firearms. During one of his sermons in 2014, he mocked “Stand Your Ground” laws, which exist for gun owners to protect themselves and use deadly force without having to try to retreat if they fear for their lives.

During a 2014 sermon, Warnock was also critical of pro-gun lawmakers who supported the Safe Carry Protection Act, which “allowed concealed carry in churches, among other places,” according to the Washington Free Beacon. 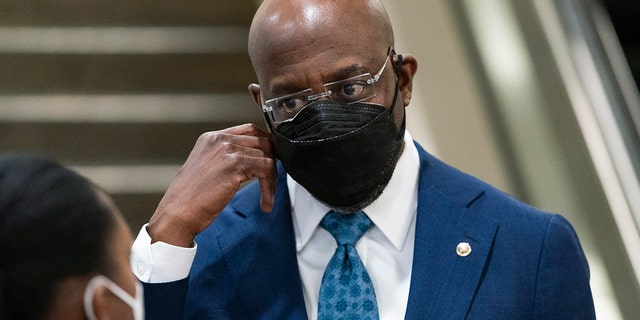 “You’ve got politicians who go to church every Sunday morning and then walk into that capitol, stand under that gold dome, and come up with the dumbest legislation you can ever imagine,” Warnock said. “Think about all the crazy people you bump into just on the routine, every week. On your job, on the street, some of them in church. … Imagine all them people with guns.”

Brady PAC, one of the top U.S. gun-control groups, got involved with the Georgia Senate runoffs in December and spent at least $100,000 against Warnock’s Republican opponent, Kelly Loeffler. Warnock also partnered with Mayors Against Illegal Guns, a gun-control group founded by then-New York City mayor Michael Bloomberg, in 2013 to push for federal universal background check legislation.

Warnock is not the only pro-gun control Georgia Democrat to push large sums to Executive Protection Agencies. Records show that since last November, Stacey Abrams’s Fair Fight PAC dished $346,000 to the company for its security services.