Home » Politics » With 13 months until midterms, 4 senators mum on if they’re running for reelection in 2022

With 13 months until midterms, 4 senators mum on if they’re running for reelection in 2022 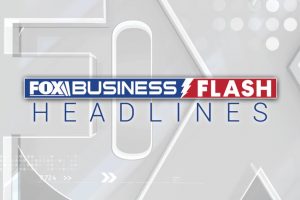 The 2022 midterm elections are just over 13 months away.

While that may seem like a long time to go, the race has long been well underway, with contenders announcing their candidacies, fundraising in full swing, and campaign ads already running in hot contests across the country.

The oldest member of the Senate – 88-year-old GOP Sen. Chuck Grassley – on Friday said that he would seek reelection next year to another six-year term.

Grassley’s announcement leaves four remaining senators – three Republicans and one Democrat – who have not yet spelled out if they’re running for reelection next year.

Johnson has said he feels no pressure to decide anytime soon, noting that he didn’t launch his first Senate campaign in 2010 until seven months before the election.

Thune incurred the wrath of former President Trump during the final days of the Trump presidency for publicly acknowledging that Biden won the 2020 presidential election, and he’s currently facing what appears to be a long-shot primary challenge from the right in the solidly red state of South Dakota.

But Murkowski has the support of the NRSC, which backs Senate GOP incumbents running for reelection. And earlier this year the Senate Leadership Fund (SLF), which is aligned with McConnell, announced that it was endorsing Murkowski for reelection.

Murkowski is no stranger to fierce opposition from her own party. When she was running for reelection in 2010, the senator lost the GOP primary to Tea Party challenger Joe Miller, who was backed by former Alaska Gov. Sarah Palin — then at the pinnacle of her political influence. But Murkowski, following her primary defeat, launched a write-in campaign and won the general election.

“I don’t even think of it and I really put it out of my mind until the winter before,” the 81-year-old Leahy told reporters in Vermont this summer.

If Leahy, chair of the powerful Appropriations Committee, runs and wins a ninth term, he would surpass the late Sen. Robert Byrd of West Virginia to become the longest-serving senator in history by the end of his term.