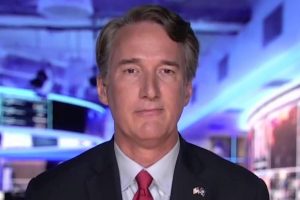 Youngkin: McAuliffe is telling parents ‘sit down, be quiet, I don’t care what you think’

FIRST ON FOX: The campaign of Virginia Republican gubernatorial candidate Glenn Youngkin has clapped back after his Democratic opponent Terry McAuliffe accused the Republican of “twisting” his words on education.

Youngkin is launching an ad showing footage of the seven times McAuliffe said he doesn’t want parents determining what schools teach their children. The ad, which the campaign exclusively provided to Fox News, uses footage of McAuliffe’s own words to make his position clear.

Earlier on Monday, the McAuliffe campaign released an ad claiming that the Republican had been “taking my words out of context” on the issue.

“I’m not going to let parents come into schools and actually take books out and make their own decision,” McAuliffe, who served as Virginia’s governor from 2014 to 2018, said during a September debate. “I don’t think parents should be telling schools what they should teach.”

A recent Fox News poll found that 57 percent of Virginia parents said that parents “should be telling schools what to teach.”

The education debate has reached a fever pitch in Northern Virginia where parents have turned out in droves to express concerns about COVID-19 policies, transgender policies, and critical race theory, a framework that involves deconstructing aspects of society to discover “systemic racism” beneath the surface. Some parents have called CRT divisive, claiming it encourages White students to view themselves as oppressors.

Parents in Fairfax County and Loudoun County have spoken up at school board meetings, drawing national attention. Parents in both locations have complained about sexually-explicit books in libraries, mask mandates for children in school, and “equity” trainings that parents say inculcate CRT.

Parents in both locations have also protested Attorney General Merrick Garland’s directive to the FBI to investigate what the Justice Department called a “disturbing trend” of “threats of violence” at school board meetings.