Australia’s first bushranger – he may not be who you think 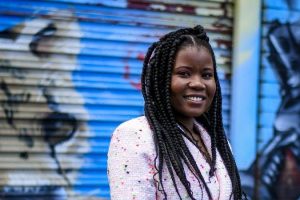 Zambia-born Santilla Chingaipe says something happens most weeks that makes her feel she doesn’t belong in this country.

She will be out running in her Melbourne suburb and a stranger will bark at her, or someone will shout a racist slur from a car. Chingaipe, 35, who migrated to Australia at age 10, once entered her block of flats, holding her keys and groceries, when a fellow tenant asked her: “Do you live here?”

Out of frustration at the narrative of African-Australians as unwelcome guests, the former SBS journalist decided to research stories she’d heard about people of African descent who have been in this country as long as Europeans have.

Her documentary, Our African Roots, which premieres on SBS next month, begins with her discovery that there were at least 10 men of African descent in the First Fleet that landed in Sydney in 1788.

Chingaipe, who produced, wrote and hosted the film, says she was excited to find them in historical archives.

“I remember coming home that day, and for the first time in my adult life, I felt Australian, I felt like I belonged,” she said. 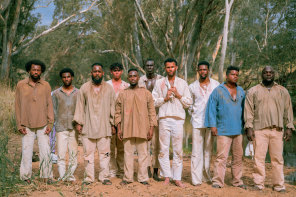 Actors playing convicts in the SBS documentary Our African Roots.Credit:SBS

“The world is constantly reminding you that you don’t quite belong and it’s being reinforced in subtle or overt ways, of having to explain yourself.

“Being asked ‘where are you from?’ — at times it’s been a daily occurrence. It’s a way we try to explain ‘the otherness’ of someone. At what point do we begin to accept people and go ‘this person is Australian, full stop’?”

The revelations kept coming. Australia’s first bushranger was John Caesar, a convict of African descent who first escaped the NSW colony to go bush in 1789. 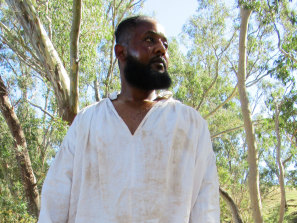 The first Eureka Stockade rebel to be tried for high treason in Victoria’s Supreme Court was an African-American, John Joseph — one of two men of African descent to be tried for treason over the rebellion.

Many Australians today have African heritage. Melbourne writer Bill Garner and his daughter, historian Alice Garner, speak in the doco of their pride at discovering an ancestor was Fanny Finch, a free settler and single mother from England.

In 1856, Finch, a woman of colour and entrepreneur in Castlemaine, central Victoria, was the first known woman to cast a vote in an Australian election. 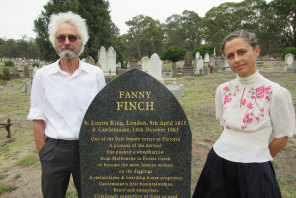 Bill Garner and his daughter Alice Garner at the grave of their ancestor Fanny Finch.Credit:SBS

Chingaipe hopes the film will spur a conversation about how these figures contributed to our national identity, but asks “why don’t we know about these people”?

She suspects it’s a legacy of the early 1900s White Australia policy. Africans’ stories didn’t fit into our “myths about who we were and who we wanted to be”.

Toshack was nicknamed “The Black Prince” but Chingaipe found few references to his African heritage.

The documentary title, Our African Roots, explains her point: “They’re us,” she says. “Modern Australia, from the very beginning, was multicultural. These are Australian stories, these are our stories.”

Chingaipe is writing a book, due out next year, that will focus on black African convicts and their descendants. She is also embarking on a PhD.

Our African Roots screens on SBS on October 17 at 8.30pm.