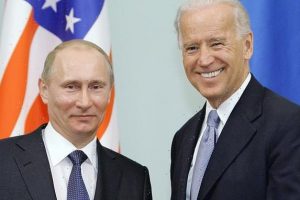 BREAKING NEWS: Biden will meet Vladimir Putin for a summit on June 16 in Switzerland to ‘restore stability’ – three months after he called the Russian president a ‘killer’

President Joe Biden will meet President Vladimir Putin in Geneva, Switzerland, for a summit on June 16.

The White House announced on Tuesday that Biden and his Russian counterpart will hold talks after the G7 summit in the UK and talks with NATO and the European Union in Brussels.

‘President Biden will meet with President Putin in Geneva, Switzerland on June 16, 2021,’ The White House said in a brief statement.

‘The leaders will discuss the full range of pressing issues, as we seek to restore predictability and stability to the U.S.-Russia relationship’. 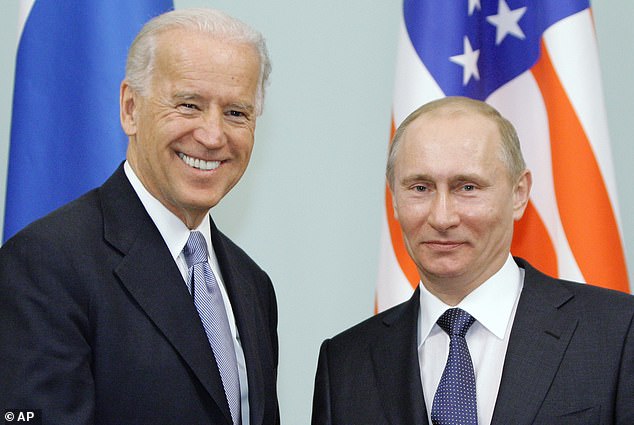 President Joe Biden will meet President Vladimir Putin in Geneva, Switzerland, for a summit on June 16

The White House for weeks has refused to confirm the details of a potential summit meeting the two leaders discussed in a phone call.

It will follow Biden’s planned trip to the United Kingdom for the annual meeting of G7 nations – a group that once included Russia, as well as a trip to Brussels to meet with NATO allies.

The administration has touted the summit as an opportunity to attempt to normalize relations with Russia, after a series of Russian ‘malign’ activities that run counter to U.S. interests.

Among the top areas the administration has identified are Russian election interference in 2016 and 2020, Russia’s posture toward Ukraine following the 2014 invasion of Crimea, and Russia’s imprisonment of opposition leader Alexei Navalny.

The U.S. has repeatedly slapped sanctions on Russia in an effort to counter its activities. Russia has repeatedly denied wrongdoing and blamed the West for the poor state of relations.

Biden’s one-on-one with Putin follows a series of summit meetings between Putin and former President Donald Trump, who repeatedly called for better relations with Moscow.

He helped spark an uproar in March when he told ABC’s George Stephanopoulos Putin was a ‘killer.’

The move infuriated Russia, and Putin responded by wishing him ‘good health.’

Putin responded with a variation of ‘sticks and stones.’

The ABC host had asked Biden if he thought Putin was a killer. ‘Mmm hmm, I do,’ he responded.